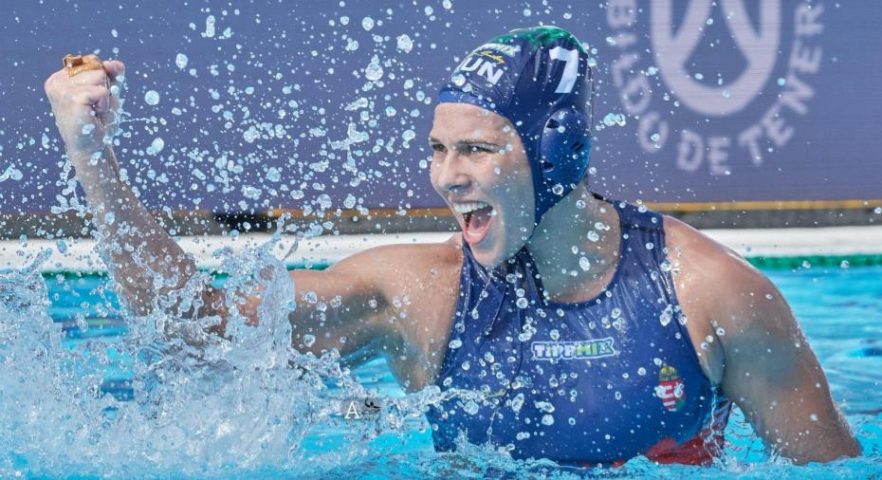 Spain will face Hungary in the gold medal match at the World League Super Finals after the Hungarians secured yet another historic victory over the United States this afternoon.

The Magyars stunned the United States with a 10-9 victory in the semi-finals of the World League Super Finals, ending their 45-game Super Finals winning streak, and guaranteeing that we will see a new World League Champion for the first time in eight years.

In a thrilling contest, the Hungarians were really impressive in matching up to the Americans physically. While Team USA had key chances to score the goals they needed, Hungary managed to come out unscathed during crucial stages of the match. When it mattered most, the Hungarians were more clinical in decisive moments. So often Hungary are criticised for their lack of composure in the big games, but they were incredibly mature in this one to secure a somewhat surprising win. 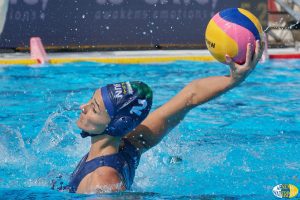 Dorottya Szilagyi scored three important goals for her team, while Zsuszanna Mate netted two superb scores in the first half at a key moment in the game.

The win is revenge for the Hungarians for their defeat in the World Championship final in Budapest, in which the United States defeated Hungary 9-7 back in July.

Hungary had previously ended the United States 13-year winning streak at the Tokyo Olympics with another 10-9 victory in the group stage.

A huge amount of credit has to go to Attila Biro’s team, who stayed calm and composed in the game, even despite trailing by two goals in the first half. After a pretty bad European Championship campaign, they can be proud that they are now into their second successive World League final tomorrow. They face Spain, the hosts, who beat the Dutch 14-10 earlier today. 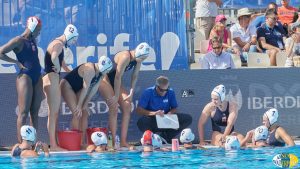 For the Americans, this is not a situation that they are used to being in. Over the course of the previous two Olympic cycles, Team USA has won every single major competition it has entered. Adam Krikorian’s team at these World League Finals is much younger and less experienced than we have previously seen, but they have still performed at a very high level this week. Given their prowess, anything but victory is disappointing, but they will need to keep their heads up before competing for the bronze medal tomorrow.

Australia and Italy will both battle it out for fifth place, after beating Canada and New Zealand respectively this morning.

It was honours even after eight minutes, with both teams physically cancelling each other out. Hannah Shabb and Zsuszanna Mate both netted braces from deep with powerful and precise long-shots. Vanda Valyi and Denise Mammolito both scored their goals from wide positions.

The Hungarians rode their luck a bit in the second period, but generally defended well against everything the Americans threw at them. The Magyars initially found themselves trailing by two goals thanks to a Ryann Neushul penalty, and then a cross-cage strike by captain Rachel Fattal.

But an excellent finish from a tight angle by Greta Gurisatti, and then a quick powerplay conversion by Rita Keszthelyi-Nagy pulled Attila Biro’s team back on terms. Dorottya Szilagyi’s long-range strike with 1 second left on the clock sent the Hungarians into the break with a 6-5 lead. 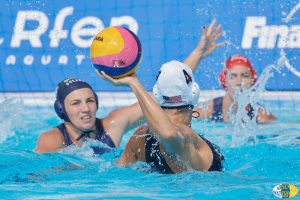 The Americans found a way back into the match to take the lead, and it was Jewel Roemer with two goals on the power play that put the reigning World League Champions on parity. Dorottya Szilagyi’s late goal in the quarter put the scores level at 7-7 going into the last.

In the last, it was the Hungarians that looked more confident, and it was the Blue Caps that were asserting themselves with the ball. Rita Keszthelyi-Nagy saw her penalty cancelled out by a ruthless strike from eighteen year-old Jenna Flynn. 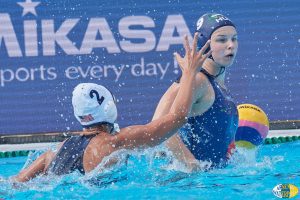 Kata Hajdu scored an unbelievable goal to put Hungary into double-digits, before Dorottya Szilagyi put her near-post shot out of the reach of Amanda Longan to give Hungary a 10-8 lead. Jordan Raney pulled one back for Team USA, but the Hungarians stayed calm, and held off their advances to secure a historic victory.