The penalty shootout decided the gold-medal winner at the Europeans for the second time in history. The first final, which went to a shootout, was the previous one in Barcelona 2018. Two years ago, Serbia defeated Spain after penalties 12:10.

So, Spain didn’t manage to win its first European title. The Spaniards now have three silvers and three bronzes in their tally.

Hungary won its 13th European gold, but the first one after the 1999 Championships in Florence. Besides 13 golds, Hungary has six silver and six bronze medals.

Hungary’s captain Denes Varga (the winner of the 2019 Total Player Award) was voted the MVP of the tournament. Daniel Lopez (Spain) was the best goalkeeper, while Konstantin Kharkov (Russia) received the trophy for the best scorer (21 goals). 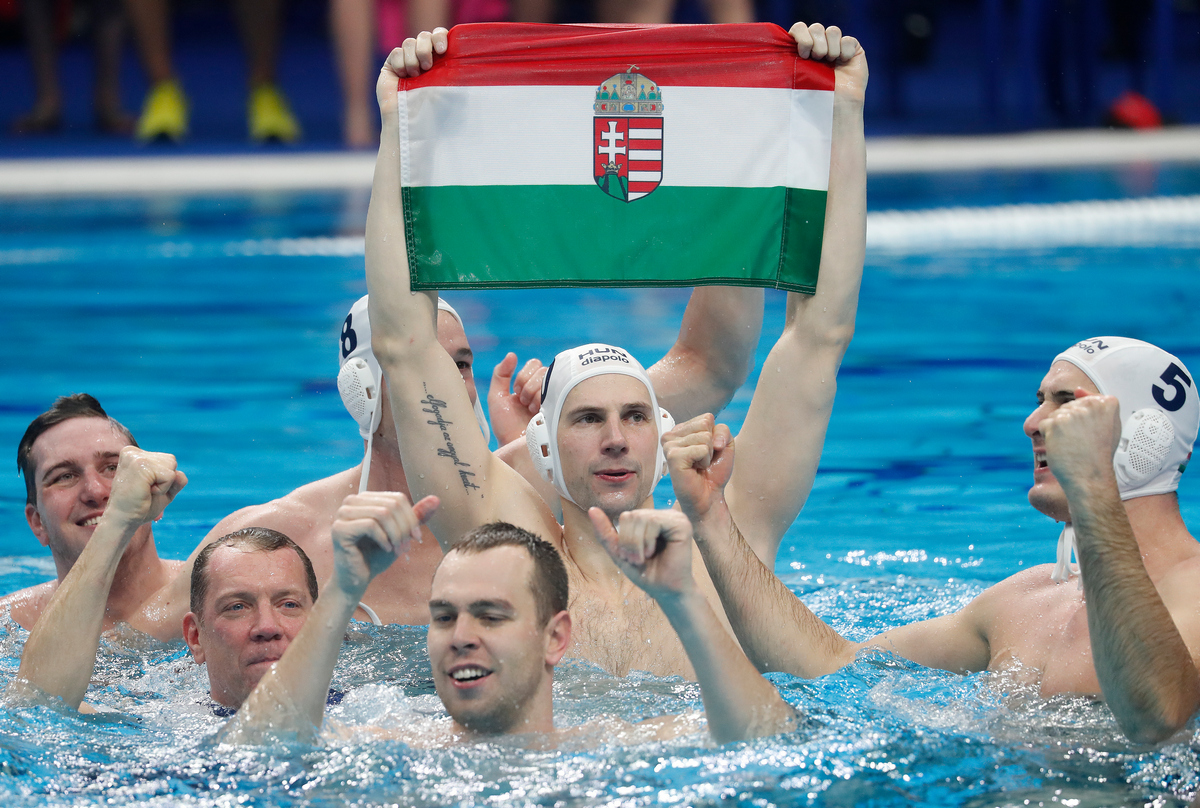 All the match’s and the players’ statistics: HUN -ESP

The final game was a tense battle between two strong teams. There were a few twists and turns. Hungary was leading for most of the time, but they never have more than a goal-advantage.

Spain got a better start and earned a 3:1 lead in the first quarter. But, the Hungarians, who were supported by 6.000 fans, started climbing back after the first break and turned around a deficit to a 4:3 lead, after Denes Varga scored from a man-up in the 15th minute.

Blai Mallarach leveled the score in the 17th minute – 4:4 and that was the start of a “tit for tat” battle. Hungary was taking a lead, but Spain replied with an equalizer on each occasion.

The hosts entered the last period with a 6:5 advantage. Spain’s leader Felipe Perrone finally hit the back of the net after four misses to level the score in the 26th minute. The sides were tied again, but not for long. In the next possession, Denes Varga converted a man-up for 7:6.
For the last time, Hungary went ahead in the 29th minute, when Balaz Harai scored with a backhander from the center. Munarriz leveled – 9:9 a minute and a half from the end.

Hungary lost the ball in their last attack. Mallarach stole the ball and tried to score from a counter-attack, but Nagy blocked his shot in the last second, and the match ended in a draw, just like an encounter between these two sides in the group stage (11:11).
Both goalkeepers Viktor Nagy and, especially, Dani Lopez were excellent today, and they were delivering one save after another. But, in the penalty shootout, Nagy and Lopez didn’t post a save. After the third series, Nagy was replaced by Soma Vogel, while before the fifth series Lorrio entered the pool instead of Lopez.

The winner was decided in the fifth series. After 9 goals, Vogel saved the shot from Spain’s Alvaro Granados and Hungary won the medal. 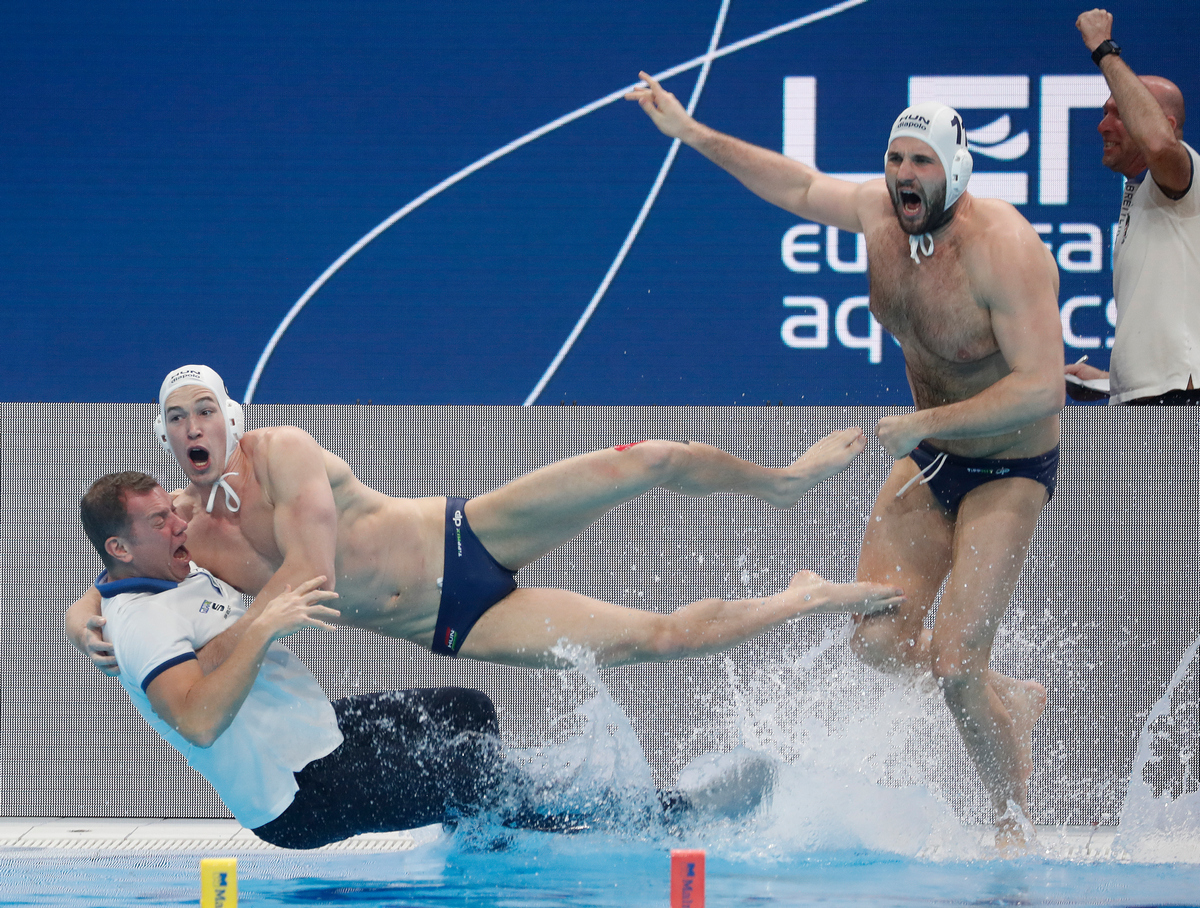 Spain had three draws here in Budapest. After 11:11 in the group against Hungary, they beat Serbia after the shootout in the quarterfinals (6:6 in regular time), and on the last day, they didn’t celebrate. 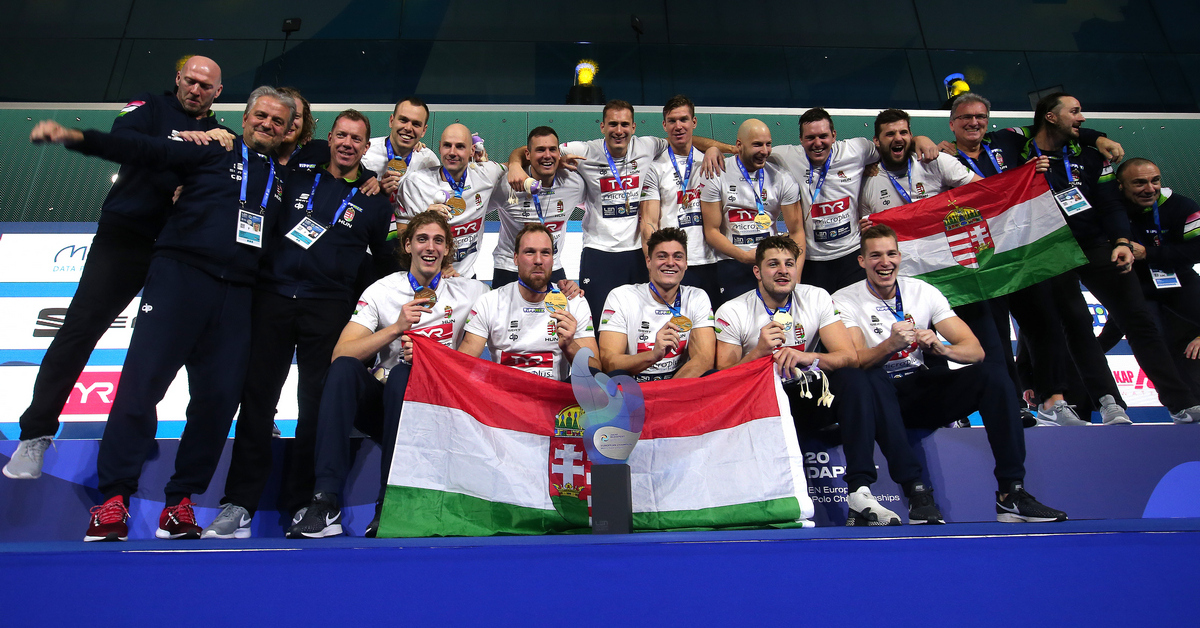 Links for all results and statistics: