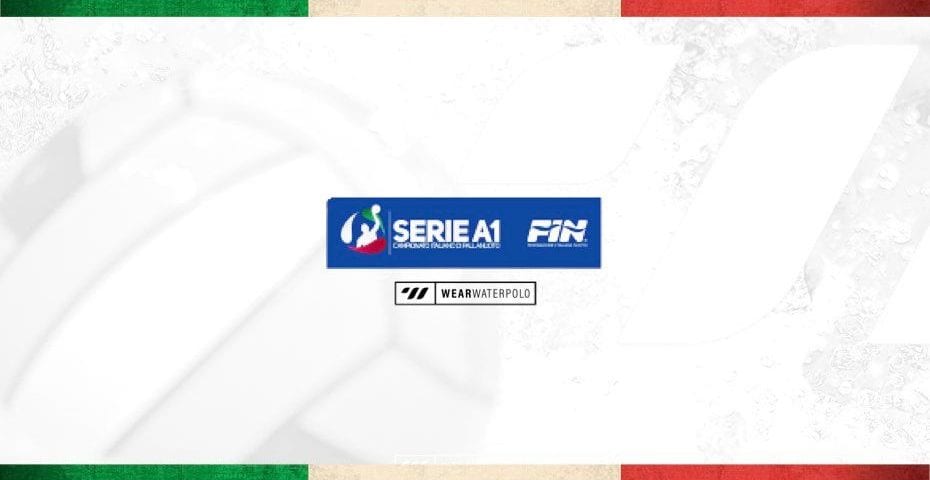 Postponed, canceled, suspended have been the most used words in the sports news and articles since March. Unfortunately, we have to use some of these words in the preview of the 2020/21 Italian water polo league.

The 102nd Italian Championship starts tomorrow, a month later than it was planned. The Italian Federation postponed the start of the league because of the coronavirus cases at clubs. But, the first round won’t be completed this weekend (find out more at the end of the article).

Two weeks ago, the new format of the league was determined in efforts to minimize the risk of the coronavirus spreading. The number of games and travels have been reduced.

There were no relegations after the canceled 2019/20 season. It was planned that the same 14 teams start the new season. But, Canottieri and Sport Management withdrew from the A1 League. Canottieri was replaced by Metanopoli. Sport Management announced its final decision regarding the withdrawal in August when it was too late to change the composition of the league.

According to the initial schedule, the league would have been played In 26 rounds of the round-robin system. But, after the new format was agreed upon, the 13 teams were split into four groups.

The first phase will take place with home and away matches from November 7 to January 30 (six rounds).

After six rounds in groups E and F (double round-robin competition), the top two teams from each of the two groups will advance to the semifinals of the playoffs (E1 vs. F2, and F1 vs. E2).

Ten rounds of the Relegation playoffs group will be played, and the last-placed team will be relegated to A2 League.

In the last ten years and more, the stories about the Italian Championships has been starting with Pro Recco. Since 2006, Pro Recco has won 14 consecutive national titles and 13 Italian Cups. The club lost just one domestic final in the past 14 years (Brescia defeated Recco in the 2012 Italian Cup final).

The 8-time European champion will again be the strongest favorite for the title, even though several superstars left the club (Filip Filipovic, Andro Buslje, Vincenzo Renzuto, etc).

The list of arrivals is shorter than the list of the players who departed. Pro Recco won’t have so many players on the roster as it had in the previous season. The number of superstars is reduced. Consequently, the expenses for the team will be lower.
Still, Pro Recco did a few very good jobs in the transfer market. The most important addition is an Australian Aaron Younger, who came from Ferencvaros. Pro Recco kept captain Aleksandar Ivovic, Dusan Mandic, goalkeeper Marko Bijac, Italy captain Pietro Figlioli, Francesco di Fulvio, etc.

Recco enters the new season with a new coach. A legendary Ratko Rudic retired, and his successor is Gabriel Hernandez, a former player and a head coach of the national team of Spain. He guided the Spaniards to 5th place at the 2016 European Championships and 7th place at the same year’s Olympic Games. Hernandez didn’t work as a coach in the past few years. He was a consultant for the water polo sector in the Argentine federation for two years, before teaching water polo through clinics. But, there is no doubt that the management of Pro Recco, decided on a new coach after detailed considering. 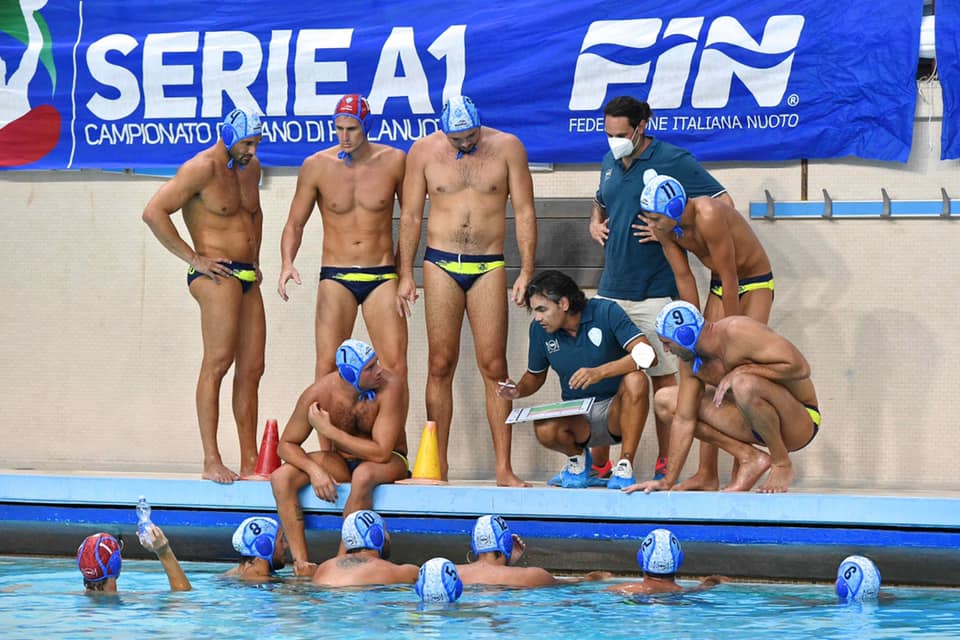 Interestingly, Recco starts the league without a center-forward. Three athletes play in the center-forward position – Matteo Aicardi, who is injured and won’t get back into the pool soon, and two foreigners Niksa Dobud (Croatia) and Ben Hallock (USA). In the Italian League, the club is allowed to have up to two foreigners from the European Union and two non-EU nationals on the roster. Foreigners on Recco’s roster are Croatia goalkeeper Marko Bijac, Aaron Younger (who has dual Australian-Hungarian citizenship), captain Aleksandar Ivovic (Montenegro), and Dusan Mandic (Serbia).

It’s yet to be seen which formation and tactics Hernandez chose and who will be a center-forward. Dobud and Hallock played in the Italian Cup, but they are not on the roster for the league. However, the coaches can change the lists of players during the first half of the season.

Brescia has been Recco’s biggest rival in the last few seasons. As things stand now, Brescia will have higher chances to halt Recco’s domination than it had before. Seven new players arrived at the club. One of the best players of Croatia, left-handed Maro Jokovic, came from Olympiacos. Two newcomers arrived from Hungary – Greece’s Angelos Vlachopoulos (from Eger) and Serbian center-forward Djordje Lazic (from Szolnok). Two excellent Italian players – Vincenzo Renzuto and Edoardo di Somma moved from Pro Recco to Brescia. Italy goalkeeper Marco Del Lungo renewed contract, etc. Brescia head coach Alessandro Bovo needed some time to adapt many newcomers to Brescia’s style of play. But, according to the results in the Italian Cup, it seems that the job has been finished.

However, Brescia had a lot of problems in the past few weeks. Even eight players were positive for coronavirus, and that significantly changed the plans of the preparations for the league. Brescia had a bye weekend in the first round. Their first league match is on November 21, but Brescia will start in the Champions League Qualifications next week. 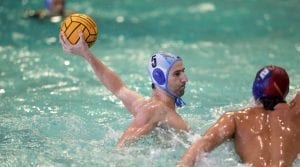 Ortigia has been growing as a club and a team from year to year. The Sicilians reached the final of the 2019/20 LEN Euro Cup. Still, this competition was, like many others, canceled, and the club hadn’t the opportunity to battle for its first international trophy.
Ortigia’s roster hasn’t been changed a lot. Three new players arrived, while three left for Catania (Serie A2). The team from Syracuse is stronger than in the previous season. Head coach Stefano Piccardo has reliable players on the roster. Experienced players – goalkeeper Stefano Tempesti (41), Valentino Gallo (35), Christian Napolitano (38) – remain the leaders of the team, which has ambitions at the European stage. Ortigia will be a host of the Champions League Qualification tournament next week. 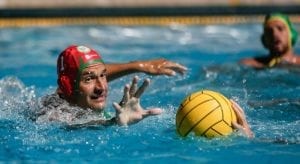 The Sicily derbies should be very exciting this season. The other club from the largest island in the Mediterranean Sea – Telimar renewed its roster, and it might surprise favorites.

Telimar is guided by a new coach Marco Baldineti. A 60-year-old Baldineti came from Sport Management (earlier, he coached Pro Recco and won the 2003 Champions League with that club). After Baldineti, several very good players arrived at the club based in Palermo. The good squad has been composed. 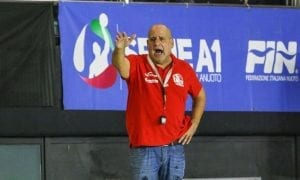 Telimar opened the season excellently. The club qualified for the Final Four of the Italian Cup and proved that it would battle for the higher part of the table.

Trieste and Savona will represent Italy in the 2020/21 LEN Euro Cup, and they will be contenders for the “tickets” for European cups again.

Trieste was eliminated in the first stage of the Italian Cup. Savona advanced to the second stage, but the Final Four was too far in the group with Pro Recco and Ortigia.

This season, the only city with two clubs in the Serie A1 will be Rome, the country’s capital – Roma Nuoto and Lazio.

Lazio was considering a withdrawal from the competition because of the troubles with the Garbatella pool. In the end, the club entered the league and the Italian Cup.

It seemed that Roma would have no foreigners in the team. However, brothers Nikola and Marko Vavic arrived from the USA at the last minute. Nikola (28) has already played in Italy – in Bogliasco (2016/17) and Quinto (2018/19). Marko (22) comes to European water polo for the first time, but he has experience of playing at the World Championships with the USA (2017 and 2019). The Vavic brothers were born in the USA, but they are of Montenegrin origin. Their father Jovan has worked as a coach in the USA for years.

Metanopoli, the club founded in 2009 will make its debut in the Italian Serie A1. The club is based in San Donato Milanese, a suburb of Milan. Obviously, Metanopoli wants to play in the highest league for a long, since it signed contracts with even seven new players.
Iren Quinto from Genoa was also active in the transfer market. The latest addition was one of the best young players in the world Japanese Yusuke Inaba.

There were no many changes in the teams of Florentia, Posillipo, and Salerno.

All teams must undergo coronavirus testing 72 hours before each match. Taking into account the costs that will be borne by the clubs, the Federation decided to help clubs. The FIN will contribute 20 euros for each rapid or molecular antigenic test for each team and competition day for a total amount of 720 euros per game – 360 euros per team (tests for 13 players and 5 staff members).

The match will be postponed if more than three players of a team aren’t able to play due to reasons related to coronavirus (players who are tested positive and players who are quarantined).

According to the available information, Trieste is the only team that has more than three unavailable players for this weekend. But, the Federation acted according to the protocol on additional safety measures.

After Savona underwent mandatory testing, there was one suspected case. The club provided information about testing to the local health authorities. Savona and Quinto trained together on Wednesday. There are no infected players at Quinto, but FIN wants to avoid risk and decided to postpone the games Quinto – Pro Recco and Savona – Metanopoli.

As for Trieste, due to a total of four positive cases at Trieste’s female and male team, all players of this club are quarantined, according to the order of health authorities.

On Thursday evening, Lazio announced that this club’s player had tested positive. He and six of his teammates were sent to quarantine, by health authorities. Today morning, it seemed that the match Ortigia – Lazio would be postponed. Moreover, Ortigia officially confirmed the postponement. But, after that, Lazio released a new announcement. At the repeated testing, the player who previously was tested positive produced a negative sample. He and his 6 teammates were allowed to leave quarantine, and Lazio will play against Ortigia tomorrow.

The 2nd round is on November 21. If there are no new positive cases, some of the postponed matches might be played in the next two weeks.

The first Italian Championship in water polo was held in 1912. Genoa was the first champion.