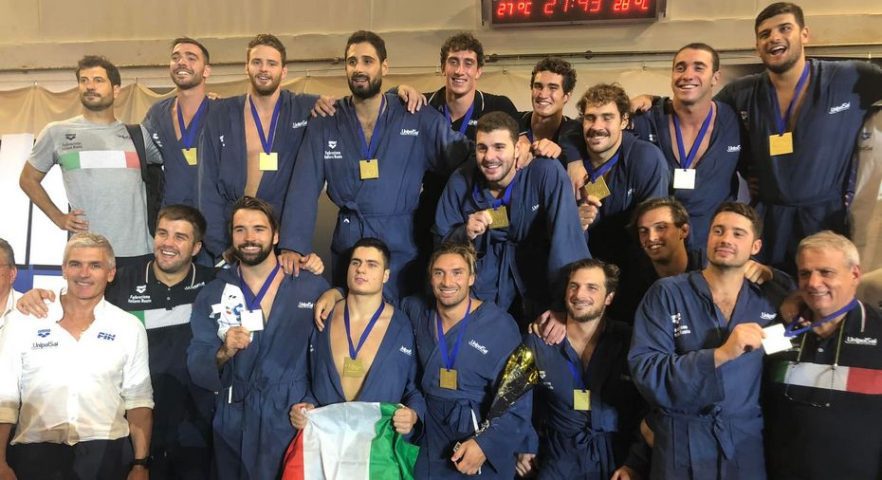 The Italians beat the USA convincingly (13:9) in the final of the Super Final tournament in Strasbourg.

The Italians, who were Olympic, European, World, and World Cup champions, won their first World League gold. Before Strasbourg, they had three silver medals(2003, 2011, 2017) and one bronze (2012). The triumph in Strasbourg is the second medal for the “Settebello” this summer, after silver at the World Championships in Budapest.

After the quarterfinals, it was already known that the World League would get a fresh new champion. None of the four semifinalists (Italy, USA, Spain, France) reached the podium’s highest step before 2022.

Besides, Italy ended a long winning streak of the ex-Yu countries, which won all World League titles between 2005 and 2021. (The list of all medal winners is at the end of the article.)

As for the USA, the Americans are the only team that managed to win medals in this and the last season’s World League. Last year, they finished 2nd in Tbilisi. After the tournament in Strasbourg, Team USA has four silver medals (2008, 2016, 2021,2022) and one bronze (2003) in its treasury. 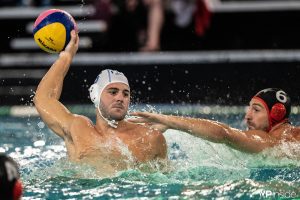 Three days ago, the USA defeated Italy at the end of the group stage (13:9). Today, the final score was the same, but Italy emerged as the winner in the most important match of the tournament. The Italians knocked down the opponent in the third quarter.

Team USA entered the match with 12 players (because Marko Vavic was excluded for brutality in yesterday’s semifinals).

The rhythm of the game was quite slow in the first half. Both teams were, obviously, tired at the end of the tournament. The Americans took the lead twice (2:1, 3:2). The “Settebello” turned around the deficit to a 4:3 lead with two quick goals (Fondelli and Canella).

Still, Jacob Ehrhardt closed the first half with a nice lob and the second half was a new beginning. Before the third quarter, the score was 4:4.

The Italians got off to a flying start into the second half, scoring three goals in 67 seconds. Leftie Luca Damonte opened the series with a nice shot from the deep left. Di Somma added a goal from a counter-attack. Vincenzo Renzuto Iodice found the net from a distance and made 7:4 (18th minute).
In the middle of the quarter, Daube broke the Italians’ series with an action goal (5:7), but Italy increased the margin shortly after.

Damonte replied for 8:5. Edoardo Di Somma converted a double man-up (9:5). In the 22nd minute, five goals separated the rivals – Damonte added another power-play goal and the Europeans went to 10:5.

The Americans couldn’t recover from a shocking third quarter,

Italy netted two 6 on 5 goals in the opening minutes of the fourth period – Marziali and Di Somma. Italy built a 7-goal advantage (12:5) with 05:56 minutes left on the clock, and there was no way back for the Americans. They reduced the gap in the final minutes, but it was too late.

Team USA was good in the power-play shots (5/6). Still, it wasn’t enough. Italy scored six goals with a power-play advantage (6/9).

The statistics say that the Italians’ defense did its job well. They shut out one of Team USA’s best scorers Max Irving, who couldn’t find the net this evening. Goalkeepers didn’t have too much to work (Nicosia posted nine saves in the first three quarters and a half, and Del Lungo one in the final minutes) . The Americans’ goalies collected 14 saves (Weinberg 9 and Turner 5).