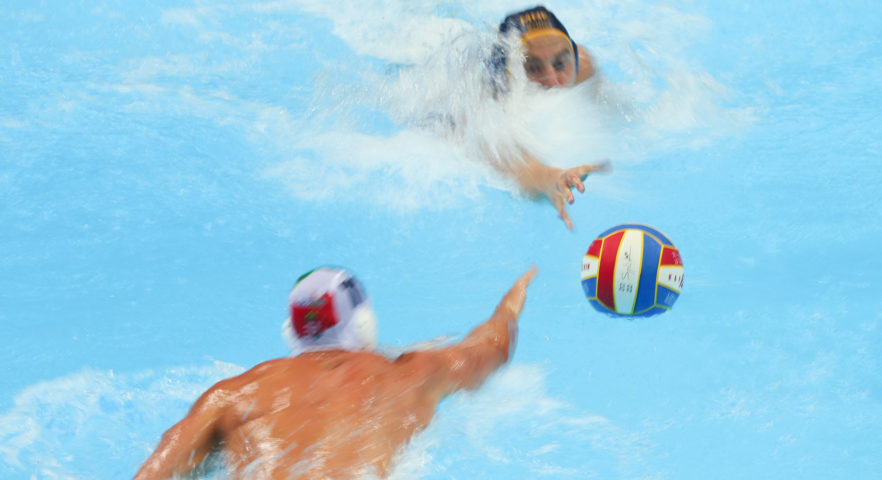 Last year, three significant water polo events were held. For the first time after 19 years (and for the 4th time ever), the World and the European Championships were staged in the same year. Besides, the last edition of the World League was organized.

The season of 2023 will be very similar. The World and the European Championships will be held in the same season for the second consecutive year. The World League has been discontinued, but it has been replaced by a new competition – the Water Polo World Cup, which isn’t similar to the FINA World Cup, held in 2018 for the last time.

The qualifications for the Olympic Games will begin at the World Championships in Fukuoka, and will continue at continental championships.

Find out the details of the upcoming competitions and the water polo calendar for 2023.

The World Cup is the first competition for the national teams in 2023. It will start in March with the qualifications of Division 1 for men.

To remind you, 12 teams play in the Men’s Division 1 (the first 11 from the World Championships in Budapest and France, the 4th-placed team in the latest edition of the World League)

The qualifications will be played through two tournaments in both groups. Between 8 and 10 March, each team will play three matches. The remaining two rounds will be held on March 14 and 15. The venues for Group A haven’t been determined yet. The first three rounds of Group B will be played in Zagreb, and the remaining two in Podgorica.

The top three teams from each group will qualify for the World Cup Final (June 30 – July 2), where they will be joined by the top two teams from Division 2. All the other teams can play in Division 2. But the final competition formula and the dates of Division 2 haven’t been confirmed yet.

As for women, eight teams play in Division 1.

The qualifications will take place at two tournaments – on April 13–15 and April 19–21.

The competition formula isn’t the same as in the men’s qualifications. In the first tournament, each team will play three matches in a round-robin formula. At the second tournament, the top two teams from groups A and B will play each other to determine 1st – 4th place rankings. The other four teams will also play round-robin for places 5th – 8th. The results from the first will be carried to the second tournament. The top six teams from Division 1 and the top two from Division 2 will advance to the final tournament (June 23 – 25).

We are still waiting for the official information about the dates and the final competition formula of Division 2.

The final tournaments (both for men and women) will be organized the same way as the Men’s Champions League Final Eight – quarterfinals, semifinals, and medal matches.

The last-placed teams from Division 1 (both for men and for women) will be relegated to Division 2 in the next edition. The winners of Division 2 will be promoted to a higher rank.

A double postponement of the World Championships in Fukuoka caused big changes in the calendar of water polo events in the post-Covid era. The Championships, initially scheduled for 2021, were moved to 2022 due to the postponement of the Tokyo Olympic Games. In February, the international federation for aquatic sports (FINA at that time and World Aquatics today) postponed the Fukuoka Championships because of a rising of Covid cases in Japan. 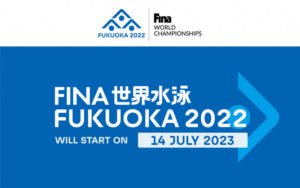 Even in 2021, there were a lot of rumors and unofficial information that the Championships wouldn’t take place in Fukuoka in 2022, but an official confirmation came only in February. A few weeks after, FINA scheduled a new World Championships in 2022 (hosted by Budapest), and postponed Fukuoka to July 2023.

Therefore, the World Championships in Doha, which was supposed to be held this year, has been moved to February 2024.

The competition formula for the water polo tournament at the Worlds is unchanged – 16 men’s and 16 women’s teams will take part. The qualifications haven’t been finished yet.

Continental championships and qualifications for the Olympic Games

The World Championships in Fukuoka will be the first qualifying tournament for the Paris Olympic Games. The finalists of the men’s and women’s tournaments will earn their Olympic berths.

The European Championships will be played in Tel Aviv (Israel) in October. The tournament was originally planned for early 2024, but after the postponement of the Doha World Championships, it was moved to an earlier date. The qualifications for the Europeans will end in June.

The second round of the European qualifiers and the World Cup final for women are scheduled for the same weekend (June 23 – 25). So, the changes in the calendar will be inevitable if some team that advances from Division 2 to the Final plays in the qualifications.

The qualifiers for Africa and Oceania are planned in the provisional calendar. But, in the past years, there weren’t continental qualifications in Oceania and Asia. The regulations of the International Olympic Committee say that if any of the continental Championships do not take place, the next highest placing team from that respective continent at the 21st FINA World Championships Doha 2024 will obtain a quota place.

Twelve teams will participate in the men’s and 10 in the women’s water polo tournament in Paris. France is automatically qualified as the host. The remaining Olympic visas (four for the male and two for the women’s teams) will be allocated at the World Championships in Doha (February 2 – 18, 2024).

As usual, there will be several age-groups water polo championships in 2023. LEN will organize U15 and U17 Championships. The championships for the U15 players will be held in Zagreb (girls) and Podgorica (boys). The Turkish city Manisa will host both U17 Europeans in July and August. 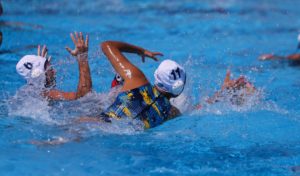 Photo by S.Sandic/WPF of Serbia

The World U20 Championships for men will be held in Romania in June. The girls’ competition for the same age will take place in September. The Portuguese Swimming Federation will organize the tournament in Madeira, an island in the North Atlantic Ocean (the information is yet to be confirmed by World Aquatics).

The next edition of the University Games (formerly known as the Universiade), has been rescheduled for July and August in China.

As usual, there will be many games in LEN competitions for clubs. A new LEN Challenger Cup started last year and will end in March.

New rules, approved in October, have become valid today. Crucial changes are a new 2m zone, changes regarding the penalty shots… Find out more about the new rules HERE. Some national teams have tested new rules in friendly games in the last several days. 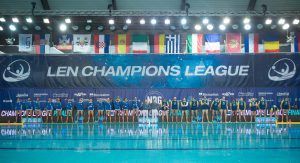 Exact dates to be confirmed: LEN Champions League Qualification Round 1