Milan Aleksic returns to Partizan, but he isn’t the only big reinforcement?

Partizan, the seven-time European champion, has started coming out of the crisis.

In the past few weeks, there have been many rumors and pieces of information about possible arrivals at Partizan and great reinforcements. It seems that the stories have become true, although Partizan still hasn’t confirmed these transfers.

It’s most likely that Alex Bowen, the attacker of the American national team, will be one of Partizan’s additions.

Accroding to the information given to Total Waterpolo, Partizan plans to officially present a new team and reinforcements in the following days.

Stefan Mitrovic, who returned to Partizan six months ago, will renew the contract. 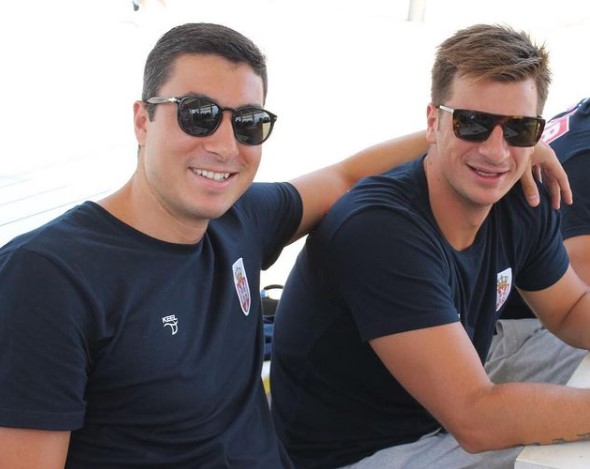 Since last summer, Mitrovic and Aleksic have been members of Partizan’s General Board.

Aleksic has been part of the Serbian national team since 2009 and has won many trophies, including the Olympic gold in Rio and bronze in London in 2012.

Nemanja Vico (27), who started playing water polo in Primorac Kotor, arrived at Partizan for the first time in 2012, he won two titles of the national champion and the Serbian Cup with Partizan. After that, he moved to Vouliagmeni, and then to Trieste. Vico’s most significant trophy with the national team is the title of the European Champion in Barcelona in 2018.

Dimitrije Risticevic (29), was Partizan’s captain for a few years, and he led the team to the Serbian Championship and Cup in the season 2015/16. After leaving Partizan, he played for Marseille, Catania and Novi Beograd. He won 5th place with Serbia at the 2019 World Championships.

Alex Bowen (28), played for the USA Team at the Olympic Games in Rio. He has played in Europe for a while. From 2016 to 2019 he was a member of Miskolc. Then, he joined Mladost, and won the Croatian Cup and the Regional League with the Zagreb-based side. In the season 2020/21, he played for Apollon.