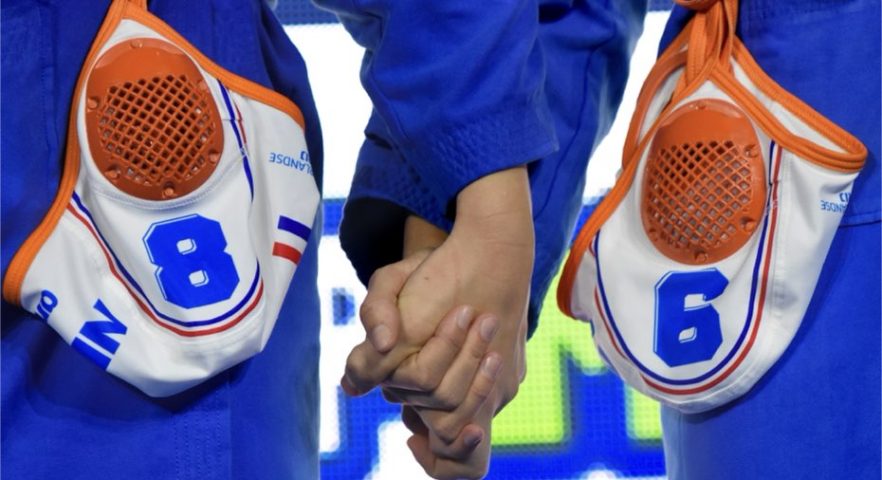 As four teams booked their place for the World League Super Finals last week in the Continental Cup in Lima, our attention now returns once more to Europe, as we ponder a really intriguing battle in Rotterdam this evening (19:30 CET) between the Netherlands and Greece.

The two sides had contrasting first outings against Hungary in the World League Qualifiers; Greece needed penalties to separate themselves from a gritty and determined Hungarian side in Patras, while the Dutch fell by two goals in a 9-11 defeat in Budapest.

While their classification is not of huge significance at this point, especially given Russia’s status in the competition is in doubt,  the debutant Dutch Head Coach Eva Doudesis (who incidentally is Greek by birth) will be keen for his side to prove themselves on the international stage.

Greece will perhaps go into the match as slight favourites, but with some of the stars in the Dutch side, in front of a sell-out crowd in Rotterdam, this game will be highly competitive.

Firstly, starting with the hosts, Doudesis names a really experienced side; seven of whom featured at Tokyo. Five of the Dutch team are returning from their clubs in Spain, including Simone Van de Kraats, Vivian Sevenich, Sabrina Van der Sloot, Nina Ten Broek and Iris Wolves. Two of the Dutch side play their polo in Greece and will be very familiar with opposition – Brigitte Sleeking is having a great time at Olympiacos while Ilse Koolhaas has travelled from ANO Glyfada. As well as the coach, who of course missed the previous game against Hungary due to a positive COVID test, two Dutch players, Lola Moolhuijzen (Polar Bears) and Britt Van den Dobbelsteen (ZV De Zaan), make their debuts for the Oranges. Laura Aarts will take her usual place in the Dutch goal.

For the Greeks, they have named as strong a side as probably expected. From the Olympiacos squad is the ever-present Plevritou sisters; Margarita, Eleftheria and Vasiliki Plevritou, while their club teammates, Maria Myriokefalitaki and Christina Siouti also get the call up. Hailing from the Nautical Club at Vouliagmeni is the trio of Marina Kotsioni, Maria Patra and Ioanna Chydirioti. Irene Ninou and Tina Kontogianni will face their Glyfada teammate, Ilse Koolhaas, while the only Ethnikos representation in the team is in the shape of Karolina Ioannou. There is no place in the team for Eleni Xenaki, Eleni Elliniadi or Alkistis Benekou, who have all trained with the side this week. Foteini Tricha withdrew from the squad yesterday for undisclosed reasons.