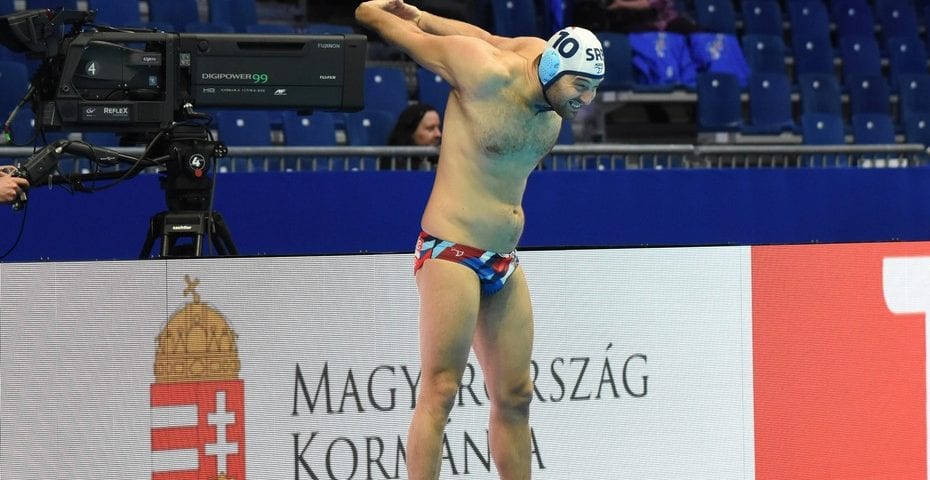 Serbia’s captain Filip Filipovic will play for Szolnok in the next season.

Last week, Filipovic said that he was negotiating with Szolnok. The player and the club were very close to an agreement. This afternoon, Filipovic’s official website confirmed that he would join the Hungarian club. Filipovic signed a 1-year contract.

Filipovic will be welcomed by three Serbs – head coach Zivko Gocic, and two players Dusko Pijetlovic and Radomir Drasovic. The three have been Filipovic’s teammates in the national team. He played with Gocic and Pijetlovic in Partizan, while he was Pijetlovic’s teammate in Pro Recco, too. Gocic was the captain of Serbia until 2016, when Filipovic succeeded him.

A 33-years-old Filipovic is one of the best players who have grown up in Partizan’s water polo school. He played for Partizan until 2009 and his first contract with Pro Recco. After three seasons in Recco, he moved to Radnicki Kragujevac in 2012 and returned to Pro Recco in 2014. Early in May, he left the Italian club. Szolnok is the fourth club in his career

Filipovic, the current Olympic champion, and four-time winner of the LEN Award for the best European player of the year (2009, 2014, 2016, 2018), won three Champions League playing for Recco. The first European trophy with the Ligurian club, he won in 2010. He also clinched the title of the European champion with Pro Recco in the seasons 2011/12 and 2014/15. Besides three Champions Leagues, Filipovic had numerous trophies with Pro Recco – eight titles of the Italian champion, the 2012 Adriatic League, two LEN Super Cups…

He has been playing for the national team of Serbia (earlier Serbia and Montenegro) since 2003. Playing for the national team, he won six gold medals at the European Championships, two titles of the World champion, 12 World Leagues… Before the Olympic gold in Rio in 2016, he won two Olympic bronzes with Serbia (2008 and 2012). Since 2017, he has been Serbia’s captain.

Filipovic has won several national titles with Partizan and the 2012/13 LEN Euro Cup with Radnicki.