Pavlidis on the Women’s A1, trusting his successor and Greece’s future stars 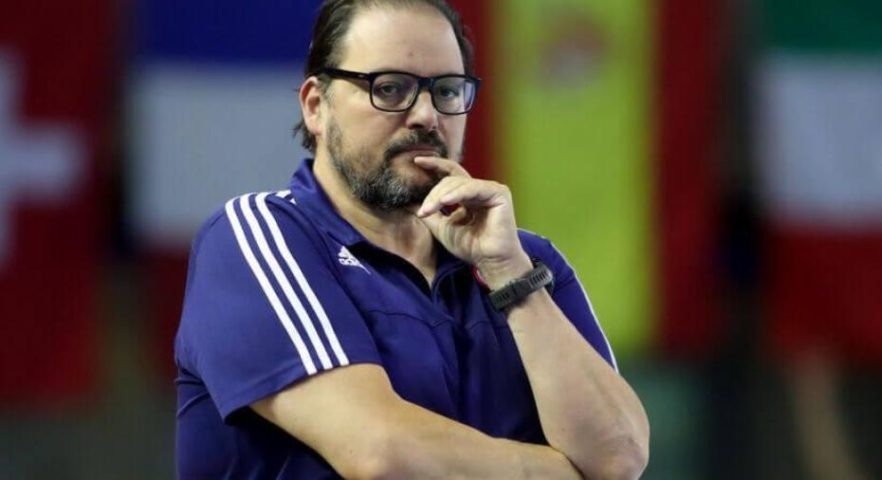 Ahead of the eagerly awaited beginning of the women’s Greek league (you can read our preview here), there are not many people who know the league better than the man who led Olympiacos women’s team to ten A1 titles between 2007 and 2021.

The former Olympiacos coach, who also guided the ‘Red-Whites’ to a duo of Euro League titles in 2015 and 2021, is now the head coach of the Chinese national team. However, he maintains a keen interest in the domestic league back home in Greece.

In an exclusive interview with Total Waterpolo, we spoke to Charis Pavlidis about what we can expect from the Greek league this season. Despite his best attempts to be as impartial as possible, there was no avoiding his predictable stance that Olympiacos are overwhelming favourites for the league:

“Olympiacos is a level above all the other teams, I am expecting a repeat of last season There’s no team capable to beat them, but there are 5-6 teams who they will fight for a European ticket for next season”

The 51-year-old thinks Olympiacos is currently unrivalled in Europe and that there aren’t many teams that can compete with them:

“With the absence of Russian teams, I believe Olympiacos, Sabadell, and Mataro are the 3 most powerful teams. I believe Olympiakos will fight against them for a treble. Orizzonte, Roma, Padova, Ferencvaros, and UVSE are strong and very dangerous teams, but not like the Spanish or the Greeks” 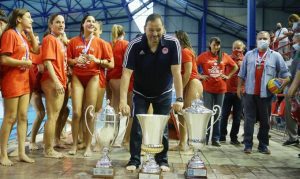 After last season’s Euro League victory, current Olympiacos coach, Alexander Ciric, thanked Charis for the work he had done previously with the team to enable them to be successful are they were, however, Charis maintains that his old team can go further than enjoy short-term success under the leadership of his successor:

“I believe Olympiacos can dominate in Greece and Europe for the next six or seven years. The most talented Greek players are there; the system we built in the previous years is still there; Ciric as a coach is great; we have the same mentality and ideas about the team and the sport in general. I trust him to make the club even bigger”

While from an Olympiacos perspective, the dominance is something to relish, the A1 in Greece has been criticised for being too one-sided, both for the men and the women’s leagues. This is not something that Charis is particularly concerned about in terms of the development of the women’s game across Greece:

“I don’t worry so much about the level of the league. Most of the teams are working with young players, looking for better results than previous season and wait for the chance to play in European competitions and take their chances there, like Ethnikos did last season” 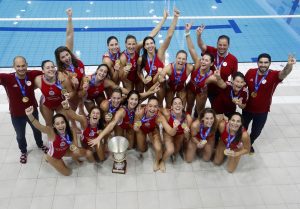 And it’s the young players, many of whom won bronze at the U19 European Championships in Netanya, or silver at the U18 World Championships in Belgrade, who Pavlidis is particularly keeping a watchful eye on this next campaign:

“I would like to see the young players of each team grow this year, especially the generation of 2004. There are a lot of talented players in Greece; Tricha, Siouti, Santa and Tornarou from Olympiacos, Giannopoulou, Kaiafa and Angelidi from Vouliagmeni, Fountotou from Glyfada, Karampetsou from Ethnikos, Koureta and Tsimara from NEP, Chaldaiou, and Tsimara from Alimos are only a few of them.”

Finally, away from Greece, Charis is making steady progress with the Chinese national team, but admits the role has its challenges since the Olympics:

“We were just in Budapest and now Greece for preparation with Team China. It’s the first time since I went there that we have had the chance to travel abroad for preparation. The team is new, with a lot of young and inexperienced players. 11 players of the Tokyo Olympic team quit right after the games. So we have to build a team from scratch. Water polo is not that popular in China, and even if you think it is weird, we don’t have enough players. Our goal is to win the Asian Games next September and to qualify for the Olympic Games in Paris in 2024 – I am optimistic that we can achieve this goal but I know it will take a lot of time and effort” 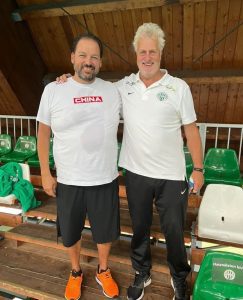