Serbia and Greece collect points at start of Sardinia Cup 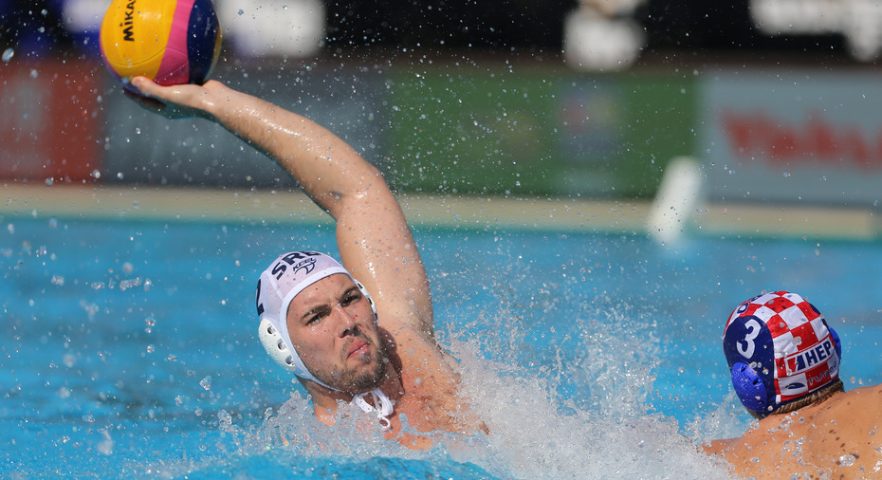 Italy, Greece, Croatia, and Serbia, four of the top five men’s national teams from the World Championships in Budapest (only gold medalist Spain is missing), started hunting a trophy at the Sardinia Cup in Sassari.

Serbia beat its archrival Croatia (9:7) in the first match of the tournament. The second game produced almost the same result. Greece defeated Italy by a goal (9:8).

All four teams have problems with injuries in the preparations for the European Championships in Split, so some of their aces didn’t arrive in Sardinia. Find out more in our preview.

The Serbs opened the game against Croatia excellently. The defense was the key to success. The Olympic champions stormed to a 4:0 lead before Croatia got on the scoreboard. In the middle of the second quarter, the Croats halved the distance (2:4). Lazic broke the deadlock, and shortly after, Vrlic added one goal. However, the Serbs responded with two (Radulovic and Velkic) to regain a 4-goal advantage (6:2). Still, Croatia was able to come back, scoring four goals in four minutes to level at 6:6. Dusan Mandic gave Serbia a 7:6 lead late into the third quarter. The Serbs added two quick goals in the fourth period. They went to 9:6 and secured the victory.

Greece dictated the pace throughout the second match of the evening. The Italians chased the rival and managed to take the lead in the 3rd quarter but left the pool empty-handed.

The Greeks built an early 2:0 lead. The hosts leveled at 2:2, but Greece went to 5:2 already in the 9th minute. Italy started climbing back. The home side tightened its defense and held Greece goalless for more than eight minutes while it produced a 4:0 run. In the 17th minute, Italy went in front for the first time, after Alesiani netted for 6:5. The Greeks leveled at 6:6. Andrea Fondelli scored his second goal to give Italy a 7:6 lead (20th minute). But, Greece retook control and netted three straight goals. Konstantinos Genidounias made it 9:7 in the 26h minute. Italy’s goalless phase lasted for almost 12 minutes. Andrea Fondelli added his third goal with 65 seconds left on the clock, but it was too late. Greece kept the win.