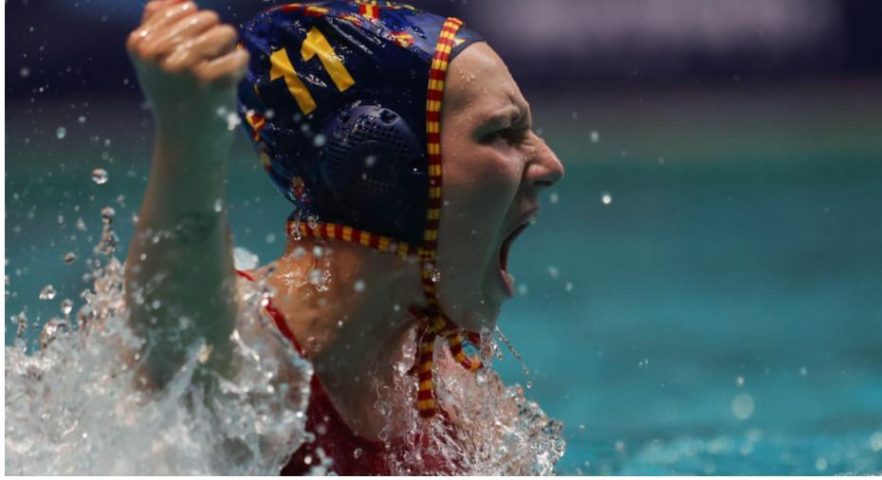 Spain will take on Hungary in the final of the women’s U19 European Championships in Netanya, after outplaying Greece this evening.

The U19 European Champions from 2018 made short work of Greece, and in truth it was a terrible few minutes in the second period that cost the Greeks dearly, with some incisive attacking play from the Spanish blowing the Blue and Whites away.

While the two-time U19 women’s European Champions slowly grew into the match, those five goals in three and half minutes – and it was that deficit that was ultimately too great to overcome.

Even ignoring Greece’s catastrophic few minutes in the second, Spain were on top for the rest of the match – looking comfortable at the back, and showing real confidence with the ball.

Earlier this evening, Hungary brushed the Netherlands aside in a really good team performance, winning 8-4.

The game was the close affair that we were expecting in the opening eight minutes. Greece took the lead when a hopeful pass from Christina Siouti found the arm of her Olympiacos teammate, Foteini Tricha – who took advantage of some sloppy defending from Ana Marcos.

But before the quarter was done, Spain were back level.  Daniela Moreno gave Giorgia Gallinato a whipped pass out to the right – and Gallinato fired past Lydia Mavrota expertly.

It was the second period though when the Spanish ran riot, almost ending the game as a contest with five unanswered goals.

Maria Palacio in particular caused so many problems for the Greeks, as she found the net three times in less than two minutes: the first was a smart finish on the right perimeter, the second a penalty that sent the Greek keeper the wrong way, before her hat-trick goal being a carbon copy of her first. 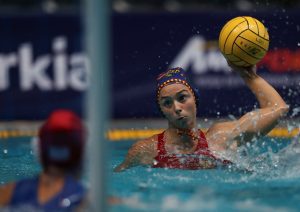 Additional goals from Paula Prats and a cross-cage shot from Elisa Portillo gave Spain five scores in a row that Greece simply had no answer to, who now trailed 6-1.

At the end of the period, two goals for Greece kept them in the game. Stamatina Kaiafa put away a decent shot on the right wing, before a long ball forward by Christina Siouti once again found Foteini Tricha  – who poked the ball past Mariona Terre.

In the third, it looked like Greece may have started to settle in the game as Evdokia Tsimara’s driven shot from the right nestled in the bottom left corner. But a goal from Sabadell’s Nona Perez on the left ensured that Spain were still very much in the driving seat, before Daniela Moreno made it 9-4 with a gorgeously well-weighted lob. 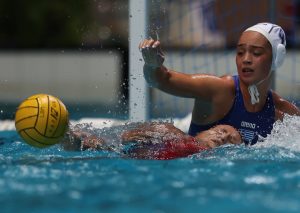 Spain weren’t putting on the handbrake in the 4th quarter, and in particular, Maria Palacio was really hungry for goals. She sent Lydia Mavrota the wrong way from a 5m penalty for her fourth goal in the game, taking her team’s tally into double figures. Alba Munoz soon made it 11-4 with a fluid movement at centre-forward, to tuck the ball into the right-hand side of the Greek goal.

Evdokia Tsimara netted twice for the Greeks in the last period, but the goals were nothing more than consolations in the game. The match was over as a contest a long-time before the final buzzer.