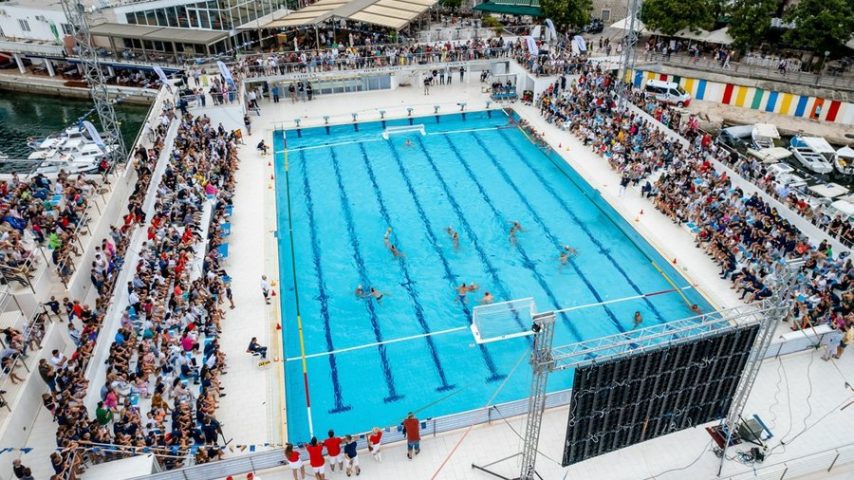 Two squads – named after the teams that played the first official match in Herceg Novi in 1926 – “Bijela vila” (White house) and “Spjaža” – faced off in front of the packed stands of the outdoor “Škver” pool.

The fans had an opportunity to see Vladimir Gojković, Miloš Šćepanović, Slavko Gak, Ištvan Matijašević, Slobodan Soro, Milan Jančic, Denis Šefik, Danijel Premuš, Siniša Matijašević in the pool again, as well as to testify the meet of the generation. Along with the former Jadran’s legends, young players of the Jadran’s school, led by aces Aleksandar Ivović and Aleksandar Radović, jumped into the pool. 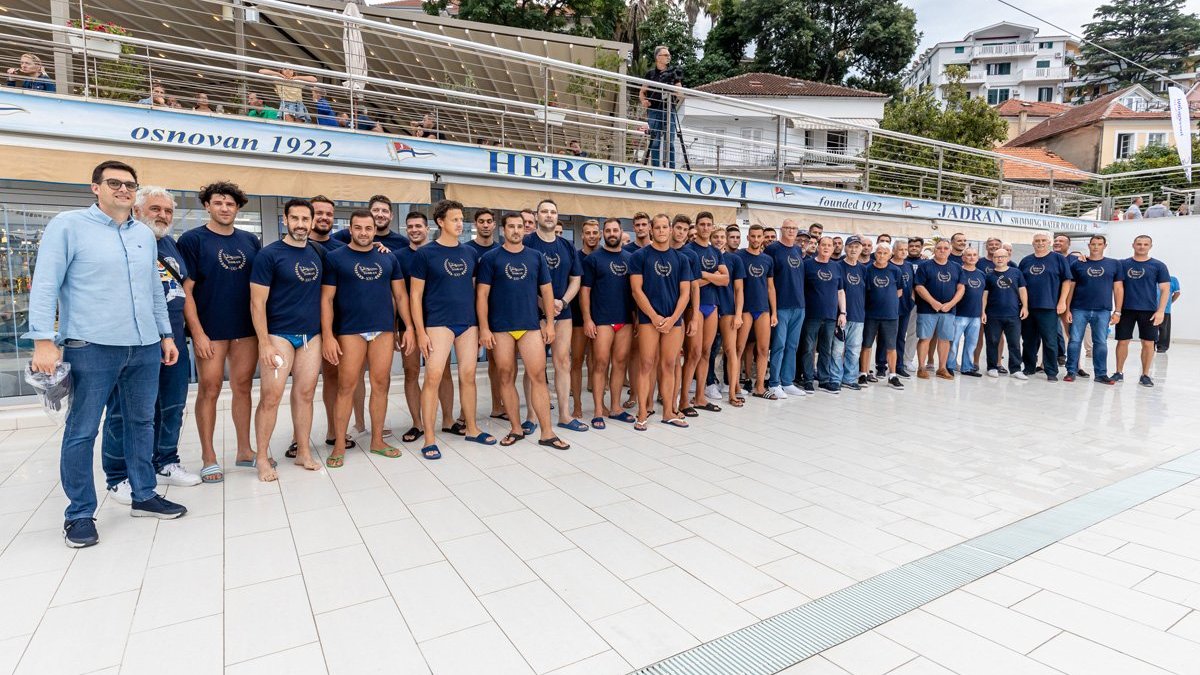 Spjaža beat Bijela vila 13:11, but the winner in this celebration was the Swimming and water polo club Jadran.

The match was preceded by a parade of city music and the defile of all Jadran’s generations, who formed the ring around the pool as a symbol of community, celebrity history, and the bright future of Jadran. 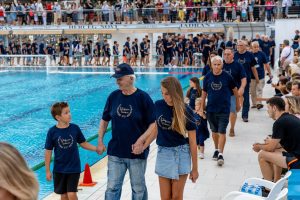 “Could we wish for a more beautiful club celebration than this one, where in our pool, in the same match, the participants were the players who won the first national title for Jadran, in 1958, and those who took part in winning this year’s title” 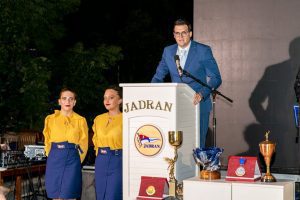 Speaking about the connection between the city of Herceg Novi and Jadran, the Municipality President Stevan Katic, said that they “last and grew together for a whole century”, during which this club became the backbone of the development of sports in the city and the country.

Jadran’s President and the President of the Montenegrin Swimming and Water Polo Federation, dr Djuro Marić, emphasized that the club, which was founded thanks to a love of sports, is one of the most respected sports institutions in Montenegro and in the region, and that it’s recognized all over Europe.

The president of the club’s assembly, Boro Mračević, said:

“All successes were achieved by a club which is located in our little Herceg Novi. Jadran won its first titles in the time when Herceg Novi had a few thousand inhabitants. Today, water polo in Herceg Novi, with about 30,000, stands on equal footing with Belgrade , Zagreb, Budapest, Athens, Moscow, Barcelona, Marseille, Berlin and other big cities.”

Mračević said that the successes were achieved from modest working conditions and even more modest financial resources, from a small base, without the possibility of the great selection, and all of that was achieved thanks in the first place to a great love of sports.

Gold plaques of gratitude on the occasion of Jadran’s centennial were awarded to the Government of Montenegro – the Ministry of Sports and Youth, the Montenegrin Olympic Committee of Montenegro, the Municipality of Herceg Novi, Igalo and the European Aquatic Federation (LEN).

Find out more about Jadran’s history