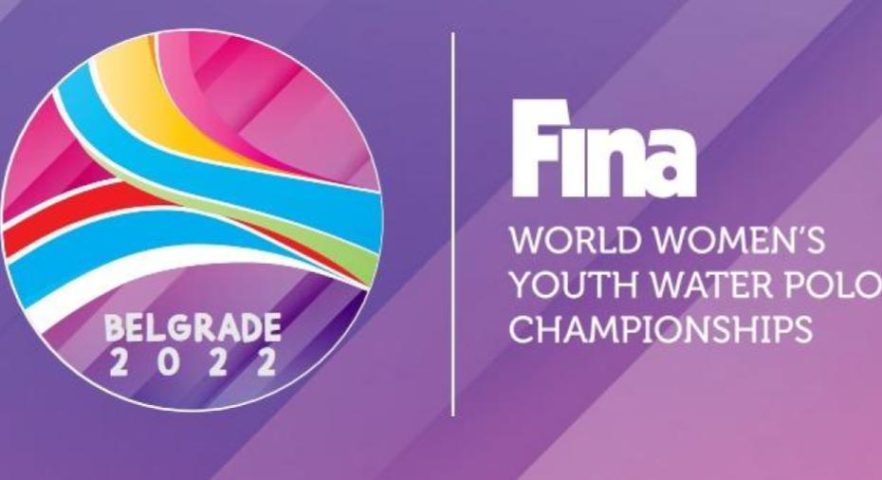 Less than a month after the conclusion of an immensely successful FINA World Championships in Budapest, elite women’s international water polo returns this weekend for the FINA World Women’s Youth Championships.

The fifth edition of the U18s tournament returns to the city and the venue of the last competition back in 2018 – the Milan Gale Muskatirovic Sports Centre, located on the banks of the Danube in Belgrade, Serbia. The 2020 edition of the competition, due to be held in Larissa (Greece) was cancelled due to the Coronavirus Pandemic.

Seventeen teams from all five continents across the globe endeavour to earn a place on the podium, and some will bid to oust the current reigning champions, Spain, and dream of taking home the Gold Medal.

As we have seen in the last few weeks though, the competition this year is stiff. There are at least seven teams in the mix for a medal – a situation which is not all that common, only making the next 10 days in Belgrade a more rousing event for all the players, coaches and spectators involved.

As ever, at Total Waterpolo, we have prepared an in-depth preview for the competition, with all the key stats, facts and information that you need to know about the nine-day competition!

Water polo fans across the world have come to expect that the United States will always be one of the favourites for the Gold Medal when it comes to women’s tournaments, and while the North Americans are certainly a classy outfit, this competition for the American’s is not cut and dry.

Team USA did finish 1st at the Pythia Cup last weekend, but they were pushed really hard by a number of teams, even losing to the Netherlands on the opening day.  So this United States team is not infallible, but the quality throughout their side cannot be unappreciated.

The United States will probably feel they can top their group, but their biggest threat in the Group stage is Greece, who they beat by just a single goal last weekend.

Looking at the team, you are immediately drawn to the sharpshooters of Emily Ausmus, Ava Stryker and Jenna Flynn, but they carry a very serious threat from their starting centre forward, Ella Woodhead. With the tall figure of Christine Carpenter in goal, as well as three specialist centre-backs, Ethan Demato takes a typically strong American side to Belgrade. They are the team to beat, but will have to be at their best to take a position on the podium.

Arguably the worlds best producers of technically gifted female water polo players, its a hard chore trying to look past Spain to finish somewhere in the top classifications. The reigning champions are customarily spoilt for choice when it comes to their talent pool of players.

A significant majority of the Spanish U18s were playing up an age group in Netanya, and contributing well. Alba Munoz of CE Mediterrani has spent a lot of time within Miki Oca’s Senior Selection, and only narrowly missed out on a place on the roster in Budapest.

Daniela Moreno gives her side a focal point, while Mariona Terre is one of the best Junior goalkeepers around. Elisa Portillo, Giorgia Gallinato (both Boadilla), Irene Casado and Marina Serrano (both Sabadell) are some of the other quality players in the squad, and are Gold Medallists from the U19 European Championships this month.

Spain have a very favourable draw, and baring something very unexpected, find themselves practically unchallenged for the top spot in Group B alongside Croatia, Serbia and New Zealand.

The next team who will be there or there abouts for a medal are the Hungarians. Spearheaded by Marton Benczur, Hungary have as big a claim as any team to challenge for the title.

While there is strength in most places for the Hungarians, there are a number of gamechangers in the side. Despite their age, Panni Szegedi, Kata Hajdu and Eszter Macsai are all incredibly mature players for their senior club sides and for their junior national teams. Zoe Lendvay was in particularly good form last week at Itea for the Pythia tournament.

An overlooked strength of this Hungarian team is how close knit they are as a unit. Ten of the squad play week-in, week-out at Alfred Hajos for UVSE, while nine players heading to Belgrade were part of the Hungarian side that a few weeks ago secured Silver at the U19 European Championships in Netanya.

The Magyars are in the Group A which sees them drawn Kazakhstan, Turkey and finally Italy – the latter a team they can often trip up against. But all being as expected, they should come out of the Group stages fairly unscathed.

The Greeks have reason to be cautiously optimistic heading to Belgrade, with some of the superstars in their squad sure to light up these World Youth Championships.

The three obvious starlets at the disposal of Eftychia Karagianni are Christina Siouti, Stefania Santa and Foteini Tricha. Its quite remarkable the impact they have for their senior clubs, and in Siouti’s case, for Alexia Kammenou in the senior national team. They can all ignite a spark from nothing, but perhaps more crucially for their U18 team, they are  the leaders that seem to inspire their teammates. If Greece are to go far in this tournament, you feel they need those three players to bring their ‘A’ game.

The Greeks won’t be phased by the fact they are cosy in Group B with the United States, a team they are more than capable of beating. Should they lose that one though, they won’t be too stressed about the prospect of facing Japan or Uzbekistan.

There is a feel-good feeling surrounding the Dutch female national teams at the moment as they continue to go from strength to strength, and despite the U19s narrowly missing out on a medal at the European Championships a few weeks ago, the Netherlands will arrive in Belgrade with high expectations.

Led by the Hungarian Eszter Gyori, the Dutch possess some outstanding young talent. After 15 goals at the World Championships for the Senior National Team, the staff in the national teams in the Netherlands have been pondering how to manage the minutes of Lola Moolhuijzen, but she is incredibly eager to play with her age group in Belgrade – which is a daunting prospect for all of her opponents.

In addition, Noa De Vries has been in fine form this summer, following an excellent spell at Szentes last campaign. A Dutch support cast of Lois den Ouden, Nina van de Geijn, Feline Voordouw and Jasmijn Dikmans ties up a very slick looking Orange side, who will want to improve on their team’s patchy record at the Youth World Championships.

The Dutch shouldn’t have too much trouble in their Group alongside Australia, South Africa and Canada, but they probably do have the most competitive draw, meaning they won’t really have much room slip up – which might take its toll later on in the competition.

The Junior Stingers often suffer from being so isolated in terms of regular competition, but they often tend to get better as time passes. They were defeated in every warm-up game at the Pythia Cup last week, but they were not too far off the pace, so you can be they’ll be that bit sharper for the big event in Belgrade.

The Gold Medal may be stretch for Jacki Northam’s team, but the podium has to be a target for the team from down under. Layla Smith seems to be the primary goal scoring avenue for the Aussies , but Sienna Green, Magli Ogg and Allegra Childs can take a chance when called upon.

The Stingers are one of eight teams to have played at every World Youth Championships, but have been hit and miss in terms of results – something they’ll have to put right if they are targeting a medal of any colour. They start in Group C with South Africa, Canada and the Netherlands.

The silver medallists from 2018 will be hoping they have an outside chance to repeating their performance from their last outing to Belgrade, but it could be a tough ask for Giacomo Grassi and his Setterosa.

That said, Italy have a pretty decent win ratio at the Youth World Championships, and tend to score a lot of goals – with Emma De March and Morena Leone being the ones to watch out for in that department. An ever-present feature of every Italian side of any age is that they are well set-up tactically, they fight until the end, and they are incredibly difficult to break down – something that might see them go far in Belgrade.

Victories in Group A for the Junior Setterosa against Kazakhstan, and Turkey will take the pressure off when it comes to playing Hungary.

Not every team can win a medal, but that doesn’t mean that there isn’t a lot to watch out for from the chasing pack.

Perhaps just shy of being talked as medal contenders, the runners-up from 2014, Canada, will try to re-ignite their junior national team programmes in Belgrade. Their Youth team finished 2nd at the Pan American games a few weeks ago.

Off the back of a very successful trip to the Senior World Championships for New Zealand, the Kiwis come to Belgrade straight from an extended training camp in Hungary. Holly Roberts is perhaps the player to watch in Zoli Boros’ Kiwi side –  a team that also includes Gabby Doyle, the younger sister of Senior Kiwi international Bernie Doyle. New Zealand will perhaps feel 2nd spot in Group C is up for grabs, if they can beat Serbia and Croatia.

There are other teams that will certainly be worth watching, including the two former Yugoslavia Nations in Group B. The hosts Serbia are always game for a decent showing in front of a home crowd, and like their neighbours Croatia, they have significantly turned a greater attention and resources to their women’s teams. Serbia can be excited by the likes of Maja Dulic, Tara Pejcic, Tijana Lukic and Jana Lujic – the latter of whom is breaking into the Senior National Team.  The next generation for Croatians is lead by  Ria Glas, Nina Medic, Iva Rozic and Jelena Butic.

South Africa continue to develop and increase their exposure to International water polo, but they will be hoping for the best from their incredibly tough group games against Canada, the Netherlands and Australia.

Turkey have an equally daunting group that includes Hungary and Italy, but they will hope they can have a decent go at Kazakhstan.

There are three Asian representatives to Belgrade, Kazakhstan, Japan and Uzbekistan, who are all ready to show the progress of their national team programmes. The latter two both find themselves in Group B alongside the United States and Greece.

Statistics – Average No. of games per tournament

Statistics – Best teams NOT in Belgrade