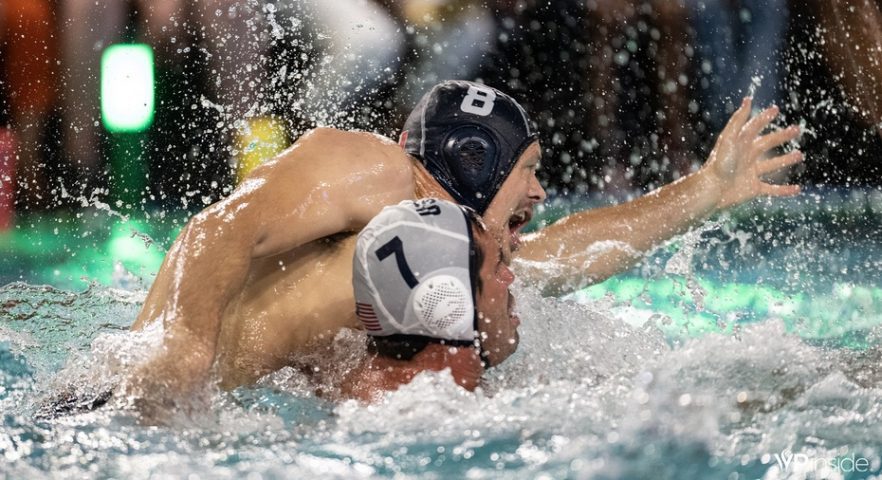 Team USA is the second semifinalist of the 2022 World League Super Final in Strasbourg.

The second semifinal, featuring Team USA and France, offered a lot of excitement. The game was open until the very end. The Americans recorded a 16:15 victory and will play against Italy in the final tomorrow. They reached the final for the second season in a row.

It was a game with many goals, personal fouls, red cards, double exclusion, and even one 4-minute exclusion. Both teams finished the match with 9 available players. Four from each side were red-carded or committed three personal fouls.

By advancing to the final, Team USA qualified for the World Championships in Fukuoka,

France and Spain will face off in the bronze medal match

On Day 1 of the World League Super Final, France and Team USA fought a hard battle that ended in a draw after 32 minutes of play. France won in the penalty shootout. Today, another big battle was expected of the two excellent and well-prepared teams. And it was another big and brutal thriller.

But, the opening of the game didn’t promise an even contest. France missed several nice chances in the first quarter, while the Americans built a big lead quickly. Bowen opened the scoring in the first possession. Dodd made it 2:0. Max Irving scored a nice goal from the deep right for 3:0. The Americans’ great series was closed by Hannes Daube, who converted a penalty shot in the 7th minute.

Shortly after, Bouet finally put the hosts on the scoreboard. Both teams scored a goal in the last 15 seconds of this quarter, so the USA led 5:2 before the second eight minutes.

Bowen opened the second quarter in the same manner as the first period. He found the net in the USA’s first possession for 6:2. But France quickly returned to the match. The hosts produced a 3:0 rush. In the 14th minute, Roman Marion Vernoux scored from a 6 on 5 to cut the deficit to one goal (5:6). In the following two minutes, the rivals exchanged goals. Team USA had a 7:5 and 8:6 lead, and the hosts halved the deficit twice. Still, the Americans had a two-goal advantage at halftime. Just three seconds before the end of the first half, they forced exclusion and produced a quick action. Stevenson beat the buzzer, and scored from a 6 on 5 to give the USA a 9:7 lead.

The Americans scored the first three goals in the third period (two from penalty shots). They built a huge 5-goal advantage in the 22nd minute (12:7). Marzouki ended their series, also from a penalty for 8:12.

As the fourth quarter was approaching, tensions were getting higher and higher. There were many exclusions. Thirty-seven seconds before the last break, the referees whistled a double exclusion and showed red cards to Cannone and Dodd for a duel in front of France’s goal. Team USA was awarded a penalty, which Irving converted to 13:9.

But, just 30 seconds after, Marko Vavic was excluded for a brutality foul. France had a chance to score from a penalty shot, and, more importantly, the Americans had a player less in the water in the next four minutes. Crousillat made no mistake from the 5m line and closed the quarter with a goal for 10:13.

France constantly had a man-up in the first 03:53 minutes of the fourth quarter. They made the most of it. By the middle of the final period, the hosts netted three goals and leveled at 13:13. But they didn’t go further. Team USA had two man-up situations in two consecutive attacks (29th and 30th minute). Irving took responsibility on both occasions and scored in two goals for 15:13. 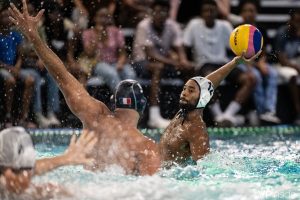 But, France managed to catch up with the North Americans. Thomas Vernoux scored an action goal middle of the quarter, while Marzouki converted a man up with 01:16 minutes left on the clock – 15:15.

However, after France’s 15th goal, Team USA earned a new penalty shot. This time, Daube took the ball and sent it into the net – 16:15 with 45 seconds to go.
The French forced another exclusion and had an extra player in their last attack of the match, but Vernoux didn’t handle it well and missed. After that, the USA kept the ball and the ticket for the final.

France committed 18, and the USA 16 personal fouls (including Vavic’s brutality). The USA had a solid percentage of extra player shots – 6/10, while France’s was 4/11 (plus three goals during a 4-minute exclusion). Both teams made no mistake from the penalty shots – the USA scored five (5/5) and France two goals (2/2)..