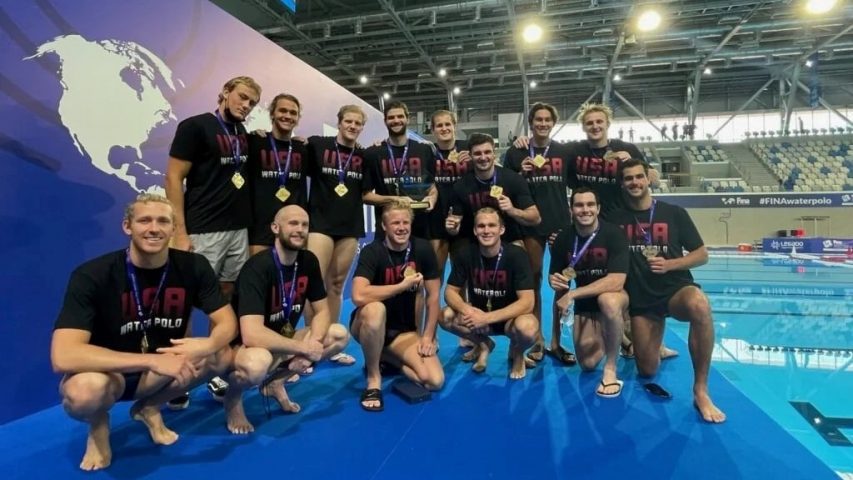 The Americans beat Australia 7:6 in the final. Bronze went to Brazil, which scored four straight goals in the last three minutes of the 3rd-place match to defeat Canada 11:8.

All four teams have qualified for the World League Super Final in Strasbourg by advancing to the semifinals. In addition, Brazil and Canada secured their World Championships berths.

Players of the two best teams received all individual awards. Luke Pavillard (Australia) was voted the MVP of the tournament. His teammate Blake Edwards was the best scorer (20 goals). Drew Holland (USA) was the best goalkeeper of the Intercontinental Cup.

Australia’s Luke Pavillard opened the scoring in the 4th minute. The USA responded with two goals, but Nathan Power leveled at 2:2 before the first break. Chase Dodd scored the only goal in the second period and gave Team USA a 3:2 lead. From that point on, the Americans were always in front. Midway through the third period, Dodd added one more goal. Shortly after, Tyler Abramson found the net, and the USA went to 5:2. The “Sharks” cut the deficit (4:5). However, in the 24th minute, Chase Dodd scored his third goal and the USA entered the fourth period with a 6:4 advantage.

The Americans regained a 3-goal early in the fourth – Thomas Gruwell converted a man-up for 7:4. The Australians scored two power-play goals within 43 seconds and came close again (6:7) with 06:12 minutes left on the clock. Defenses did their job well in the last six minutes. The USA took the gold medal and revenge for an 11:12 defeat to Australia suffered in the group phase.

It should be mentioned that both teams played without some of their key players due to club commitments in Europe. Australia arrived in Peru without its ace Aaron Younger, who won the Italian Cup with Pro Recco yesterday. Ben Hallock (Pro Recco),  Alex Bowen (Partizan), Max Irving (Telimar Palermo), etc were missing from Team USA.

Canada beat Brazil narrowly (11:10) in the match of the group stage. The second encounter between these teams was full of twists and turns.Brazil secured a 3-goal win thanks to an excellent finish.

The first quarter belonged to the Brazilians, who stretched the margin to three after Gustavo Freitas Guimaraes scored from a penalty for 4:1. A few minutes after, the Canadians started coming back, and produced a 6:1 series. They netted two goals in the first minute of the third period. Gardijan leveled at 5:5 and Rauel D’Souza put Canada in front (6:5). In the 22nd minute, D’Souza scored from a 6 on 5 – Canada gained a 2-goal lead (7:5). Still, Brazil caught up the rival before the end of the third quarter, scoring two power-play goals (Rocha and Real)

Since Brazil won 1st place among the teams that battled in the American qualifications for the World Championships, it will be in the 3rd line of the draw for the tournament in Budapest. Canada will be placed in the 4th pot.