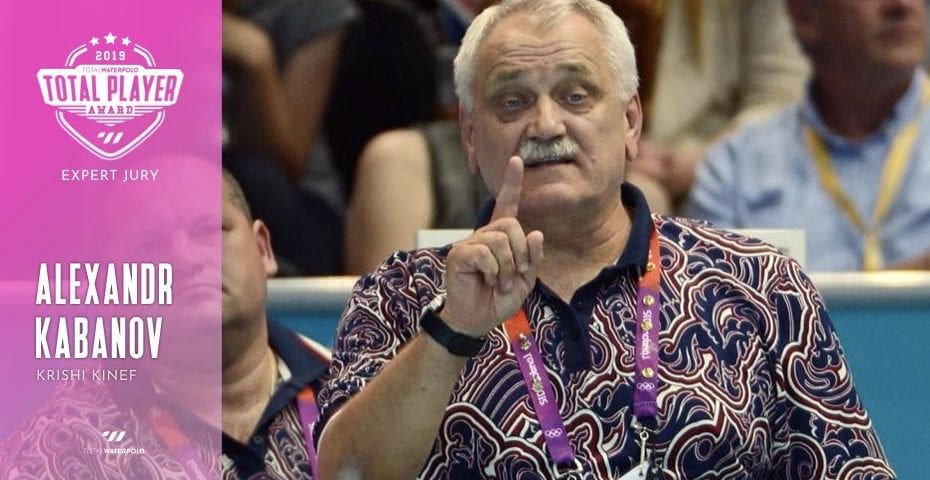 Today a member of the International Swimming Hall of Fame will vote for the Total Player Award in female category.

Alexandr Kabanov, KINEF-Surgutneftegas coach, was a very successful water polo player. Kabanov won two gold medals at the Olympic Games (1972 and 1980), gold at the World Championships in 1975 and 1982, and a lot of medals in other competitions.

He was the head coach of the Russian female national team three years (2009 – 2012), while he has been leading the best Russian female water polo team KINEF since 2016. The Kirishi-based team has won 17 consecutive titles in the national league in a row since 2003. KINEF was the European champion twice, while it finished 3rd in the 2019 LEN Trophy.

“Prokofyeva is a true leader both in the Russian national team and in KINEF.”

“Without any doubt, she is the best goalkeeper in the world at the moment”

“She is an excellent centre. In 2019, she won the Euro League with the club and silver with the national team at the World Championships.”

“The best scorer of the World Championships. She has a very strong shot.”

“She played excellently throughout the summer season, especially in the LEN Europa Cup, in which the Netherlands won gold.”