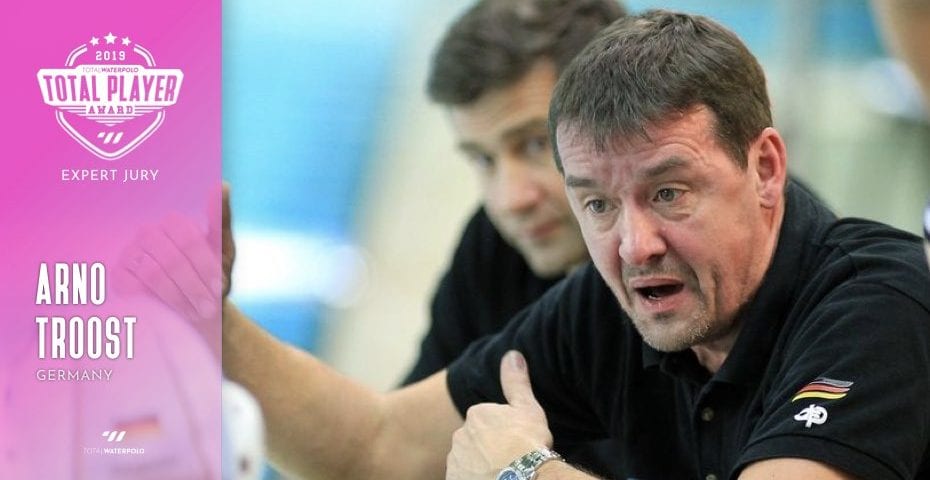 Arno Troost, the head coach of the female team of Germany, is our next juror for the Total Player award.

Troost was the head coach of ASC Duisburg (male team) in the past eight years. He led Duisburg to the title in the German league in 2013. The club won two national cups, with Troost on the bench. A few months ago, he became the head coach of the German female team. Troost led Germany successfully through the qualifications for the 2020 European Championships.

“She played excellently at the World Championships and the World League Super Final. Johnson dominates in front of her goal.”

“A complete player. She is the leader of the Dutch team and can play very well on both sides.”

“She gave a great contribution to Sabadell’s title in the Euro League and helped a lot to Spain to win the silver medal and earn the Olympic berth at the World Championships.”

“Steffens has been one of the best players in female water polo for years.”

“A superb center forward, who won the Euro League with Sabadell and had an excellent World Championships in Gwangju, where she took silver with Spain.”