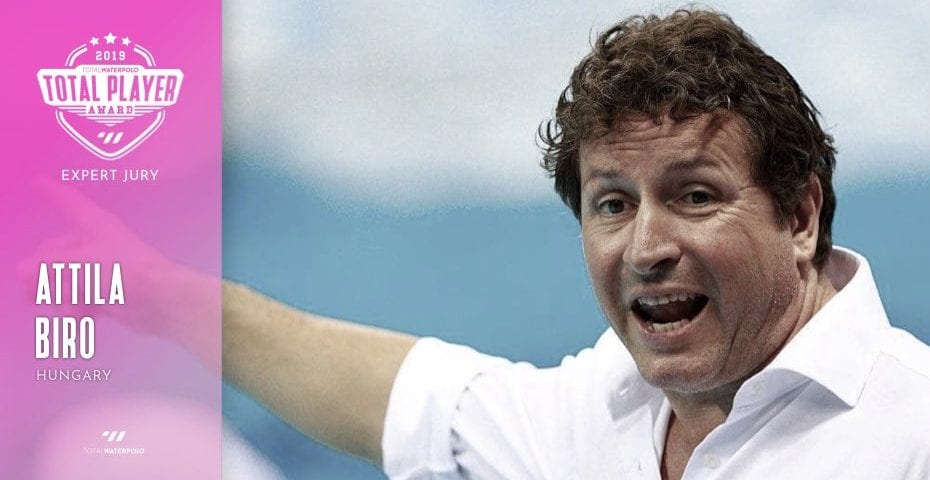 The next juror in the Female category is Attila Bíró, the head coach of the Hungarian Women National Team, which won the 4th place at this year’s World Championships

He was named for the head coach of the national team in 2015. Next year, he led Hungary to the gold medal at the European Championships.

“She was absolutely the best in the Team USA at the World Championships and at the World League Super Final. The most important position is the goalie position and she is the most dominant in this position.”

“She is always the brain of the USA team, one of the best players in women’s water polo for years.”

“Rita Keszthelyi is always on the top. She was the best scorer at the World Championships. A true leader of her team. Technically she is the best in the world.”

“An experienced and strong player. She was the best centre forward in Gwangju. She is probably the best player in this position in the world.”

“After some years of absence, she returned and was very important for the team of Spain.”