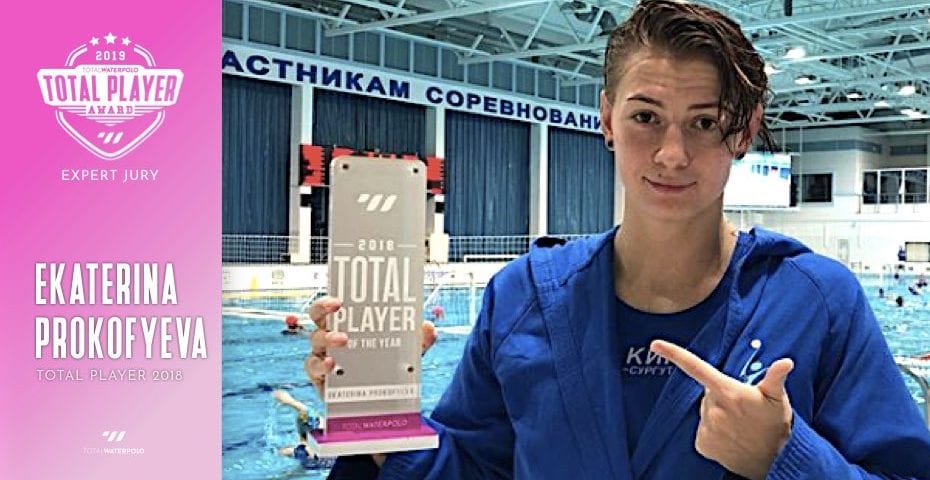 Last year, Ekaterina Prokofyeva was the first lady who won the Total Player Award.
Today, she votes for the best female player in 2019.

Prokofyeva is the leader of the best Russian team KINEF Kirishi, which has won 17 consecutive national titles since 2003. Ekaterina has been playing for the Kirishi-based team since 2009 and led the team towards the trophies in the LEN Euro League 2017 and 2018.

As a player of the Russian national team, Prokofyeva clinched the Olympic bronze medal in Rio de Janeiro 2016, three silver medals at World Championships, five medals in the World League… In 2019, Prokofyeva claimed the silver medal in the LEN Europa Cup.

“Roberta has an excellent powerful shot, knows her job and more than once, she has rescued her team in critical moments”

“She has an accurate pass in any situation. She likes to take responsibility and she does a lot of hard work, which is very important!”

“Anna is a fantastic goalkeeper, who has been proving for years that you can rely on her!”

“I like the way she sees the field, with her decision (pass) she creates great attacks. That often leads to some beautiful goals! Maybe it’s systematic, but I don’t think so (although, who knows).”

“Rita Keszthelyi is the leader of her team, having an accurate and strong shot. Each shot is dangerous. The team’s game depends on her game in many ways!”