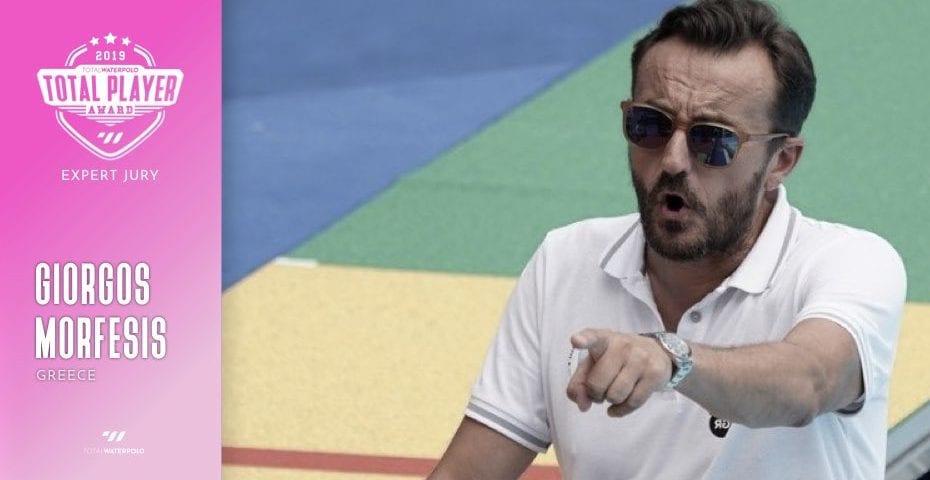 Giorgos Morfesis , the head coach of the Greek National Team, joins our Expert Jury for the second time.
In 2010, Morfesis made a big entrance into the National Team as a head coach, winning the silver on the European Championships in Zagreb. The next year his success multiplied when Greece went for the gold at the World Championships in Shanghai. Also, there are two bronze medals Morfesis got in the 2010 and 2012 FINA World Leagues.

“The comparison with every other goalkeeper in recent years is uneven … She is a team by herself.”

“A true leader, as a leader should be in a team. She is calm and has strength.”

“She was Spain’s strongest point in Spain’s campaign for the silver medal and qualification berth for Tokyo.”

“There is a very small difference between her and Maica… Both were excellent this year.”

“The best and most consistent defender in the world. Also very helpful in scoring in the counter-attacks”