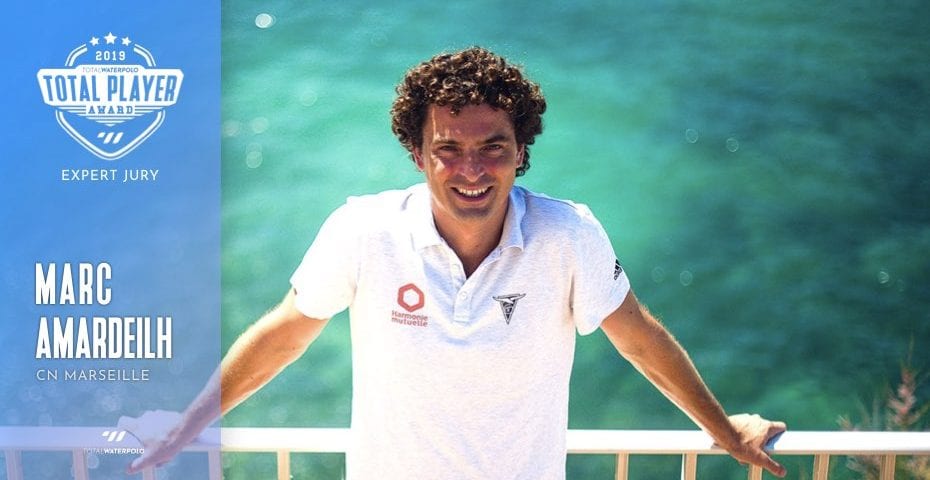 Marc Amardeilh, CN Marseille head coach, played for the national team of France for six years (2003 – 2008), he won the 6th place in the 2006 World League. The most of his playing career he spent in CN Marseille, Olympic Nice and Taverny Sports 95.

He retired ten years ago and immediately started to work as a head coach in Taverny. In 2018 he was appointed as the head coach of Marseille and made a historic achievement in the first season. Marseille clinched the 2019 LEN Euro Cup and became the first French club that has won the European trophy.

Let’s see his votes for the Total Player Award.

“He won the Champions League with Ferencvaros. He had a decisive role in many ways during the Final Eight.”

“The best player of the World Championships in Gwangju where Italy won the gold.”

“He was 2nd at the World Championship with Spain. He is a true leader with an incredible attitude.”

“He scored important goals for Olympiacos during the Final Eight, where his team played in the final game for the 2nd time in a row.”

“Vukicević is a key player in his teams. He won  the Euro Cup with Marseille, the bronze medal at the World Championship and silver in the World League with Croatia.”