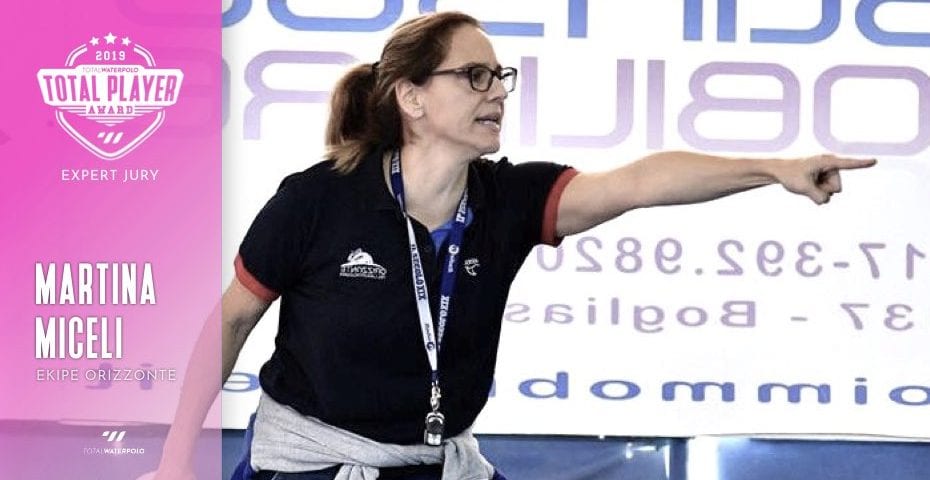 She coaches Orizzonte Catania, one of the most successful female water polo clubs, which won LEN Trophy this season, by beating UVSE in the final.

Martina Miceli built her playing career playing in the Italian national team from 1991 to 2008, while she contributed greatly to many clubs, including Italian Orrizonte which she coaches today.

“Won the Euro League with Sabadell and the world title with the USA Team.”

“A great protagonist in Italy’s road towards the silver medal in the World League and a leader of the team of Ekipe Orizzonte which won LEN Trophy.”

“She returned to the national team after a few years and played excellently at the World Championships. She was the most important weapon in the Spanish team.”

“The best player in the team of Sabadell, which won the Euro League.”