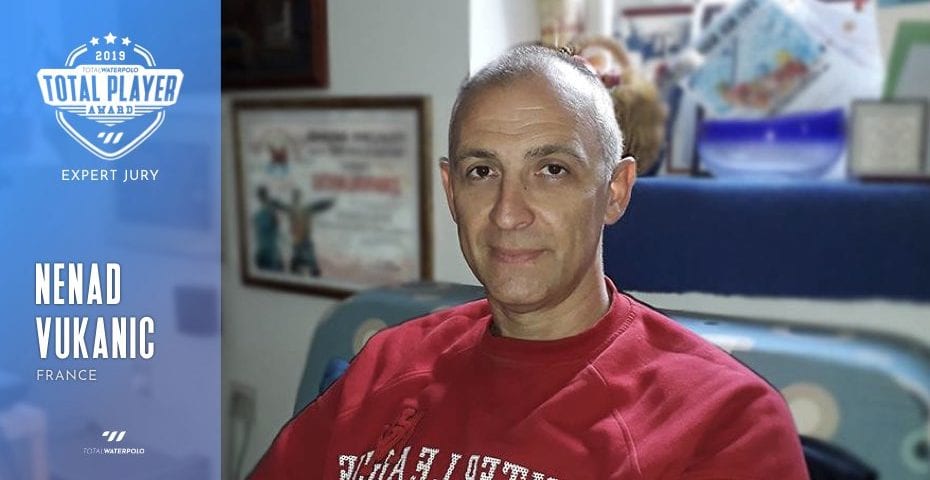 Nenad Vukanić was a part of the Yugoslavian national team that clinched the bronze medal at the 2000 Olympic Games. A few months before the 2000 Games, he won the Champions League, as Becej player.

He has been working as a coach for years. At the end of 2017, Vukanić became the head coach of the French national team. Since then, the team has grown, slowly but surely climbing the ladders at both European and World contests. He plans on expanding France’s success at the 2020 Olympics in Tokyo and in 2024 when France will host the Games.

France didn’t qualify for the 18th World Championships in Gwangju this summer, but the French achieved a historic success at the Championships in South Korea. French male team, led by Vukanic, won the first place at the inaugural world’s tournament in beach water polo.

“The best and the most important player of the Italian team which won gold at the World Championships. Also, he has been among the 10 best players in the world in the last few years.”

“The best goalkeeper at the World Championships. He is a very stable player, he always plays very well in the club, as well as in the national team.”

“Spain’s best player. He is constantly progressing from year to year.”

“The winner of the Champions League and a key player in the team of Hungary and also in Ferencvaros.”

“The best scorer at the World Championships. Ivović has been in a circle of ten best world’s players for years.”