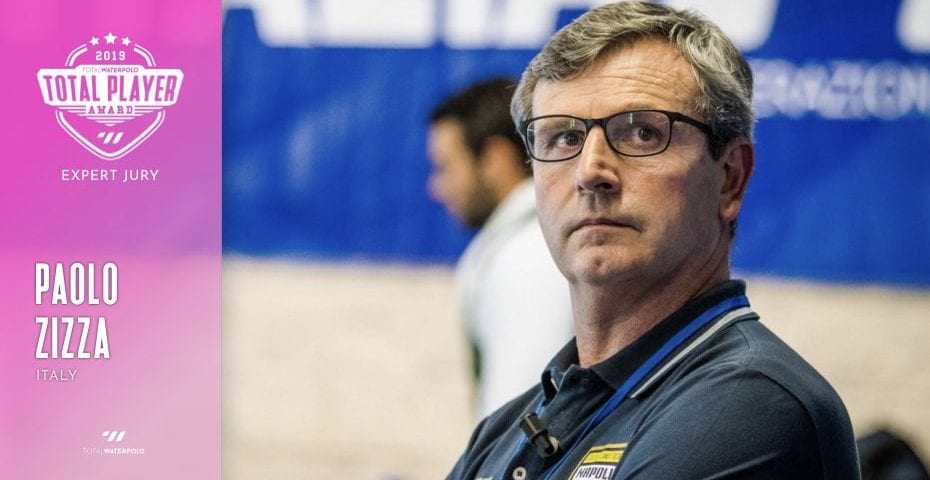 Paolo Zizza, the head coach of the Italian women’s team, the most of his playing career spent in two biggest Naples-based clubs – Canottieri and Posillipo. He won the Euro League with Posillipo in 1997, while he has clinched several medals playing for Italy.

From 2002 to 2019, he coached Canottieri. Also, he was an assistant coach in the male Italian national team. Recently he was appointed for a head coach of the women’s team of Italy.

“A player who impresses more and more. This year, at the World Championships she played very well and was the key player of the American team. She is a complete player, thanks to her strong legs. She manages to do things easily, has a good vision of the game and a great shot.”

“I believe that she is the best center-forward in the world of the present. She always does a good job at 2 meters. She is very good at extra player situations and always makes the right moves.”

“The soul and the mind of the American team. A true leader in and out of the pool. She always manages to read the game impeccably by dictating the times. She is excellent in the play one on one and has a good shot.”

“She returned to the national team and played excellent at the World Championship. She showed a great personality in Gwangju. Her excellent shots helped Spain to reach the final game.”

“A great leader and the captain of the Australian team. Her teammates are always looking for Rowena Webster in difficult moments and she responds well, with her great personality and technical qualities. She had a great World Championships”