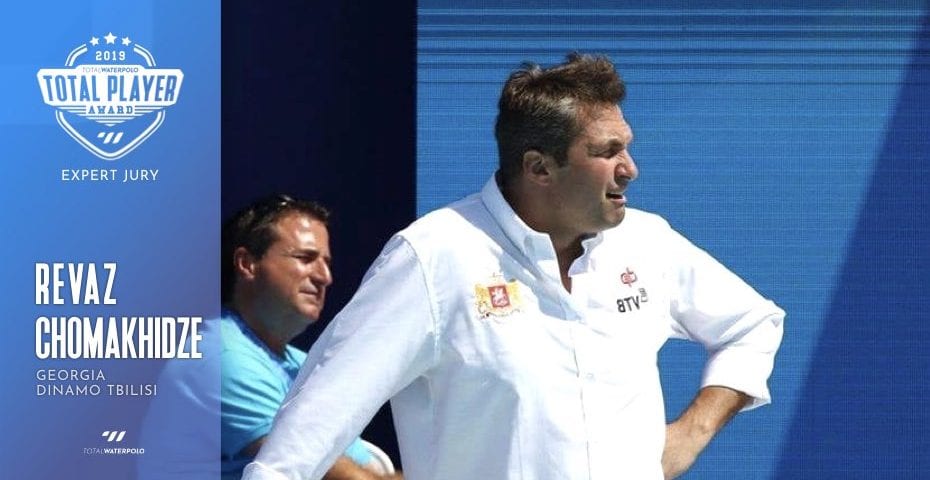 Revaz Chomakhidze, the head coach of the Georgian national team and Dinamo Tbilisi, is one of the best players in the history of Georgian water polo. He was a part of the Russian national team for more than a decade (1997 – 2007) and he clinched two medals at the Olympic Games (silver in Sidney 2000 and bronze in Athens 2004), bronze at the 2001 World Championships.

He started playing water polo in Dinamo Tbilisi. Later, he was a member of some famous European clubs: Pro Recco, Mladost Zagreb, Shturm Chekhov, Florentia. He won the LEN Trophy in 2008, playing for Shturm. He returned to Georgia in 2009, and shortly after that, he started to work as a coach, firstly with the junior national team.

Now, he coaches the senior national team, which will play at the 2020 European Championships, and Dinamo Tbilisi, which debuted in the Champions League this season.
Here is his list of the best 5 players:

“Fantastic! It’s always a joy to watch how Varga plays!

“Dominant! He is the best center-back in the world, but also he is very dangerous for opponents’ defences.”

“He played excellently in the last season. A player of the future.”

“The leader of the Spanish team and Barceloneta too. He has been playing on a very high level for years.”

“In my opinion, he was the most prominent individual in Italy’s campaign towards gold at the World Championships.”