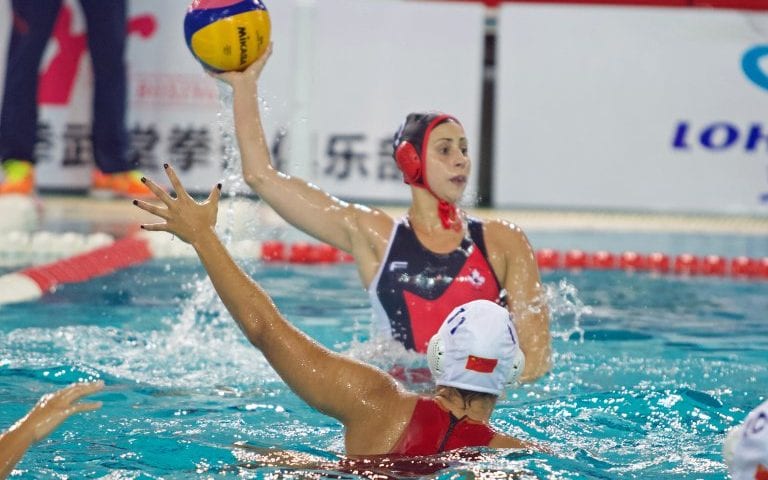 Defending champion United States of America will play Russia and Canada will clash with the Netherlands in the medal semifinals of the FINA Women’s Water Polo World League Super Final at the Kunshan Sports Centre on Friday.

To give up a three-goal lead in the final quarter is unforgivable. To then fail to win the penalty shootout, unlucky, such is the inexact science of the event.

Spain controlled much of the match and but for a two-minute period could now be readying for Friday’s semifinals. Not so. Russia will be wondering how it managed to let the match slip so far and then regain it enough to survive the shootout. 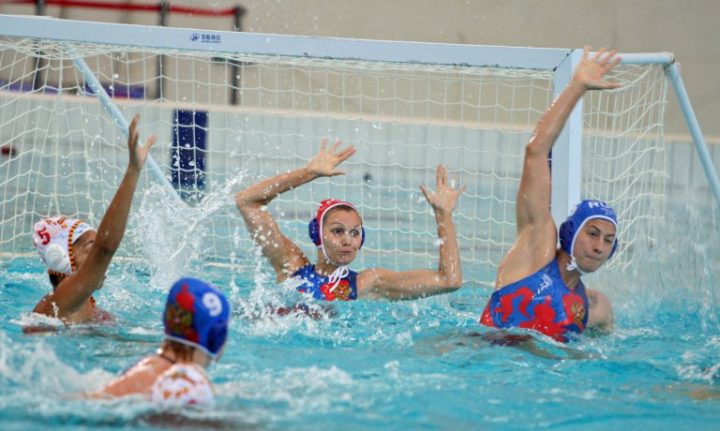 Russia had the better of the opening quarter, while Spain looked the more determined and stronger team in the second, although levelling the eight minutes. That positive atmosphere in the Spanish camp went well into the third period. Spain took the first lead and tied the match 3-3 with three minutes left in the half and again at 1:02. Spain regained parity early in the third and went ahead at 3:38.

Spain’s offence revolved around Helena Lloret converting extra man, Anna Espar from the outside and Maica Garcia at center-forward. Russia relied on a tightly structured extra-man attack, which has served well all week. Daria Ryzhkova struck twice from deep right with her second goal slipping through the usually reliable hands of Laura Ester.

Spain is particularly dangerous close in and Matilde Ortiz received a heavily defended ball across the cage to score a metre from the line, a minute short of time, for a handsome 7-5 advantage. Lloret scored her third at 4:54 in the fourth as Spain calmly kept passing after the exclusion period had expired to go to 8-5.

Then Russia struck — three goals, to level at 8-8, with Simanovich, Evgeniya Ivanova and Maria Borisova striking within two minutes. Each side had an opportunity in the final minute with Spain’s shot hitting the stomach of the Russian goalkeeper and Ekaterina Prokofyeva’s pressured last attempt also being snapped up by the goalkeeper.

This meant a penalty shootout. Spain’s first two attempts met with a Russian hand, as did the second Russian attempt. The next six were converted and Russia moved into the semifinals and Spain the play-offs for fifth to eighth. The extra-man count was more a tribute to the defence than poor shooting, although pressure made some shots go wide. 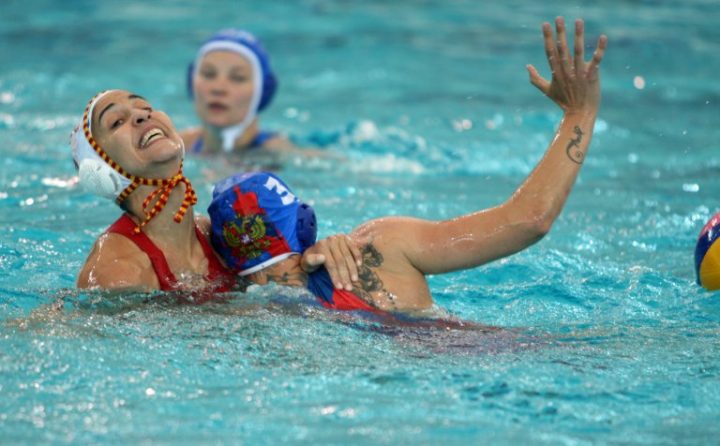 Despite the opening quarter, Netherlands was always going to win this encounter, with the Japanese struggling to match it with the bigger athletes. The determination was never in question, but the second quarter was a telling factor in how the rest of the match would flow.

Maud Megens was her usual forceful self when scoring, having four by the last break and fired in a fifth on the counter with a minute remaining and Simone van de Kraats enjoyed scoring on extra-man attack. 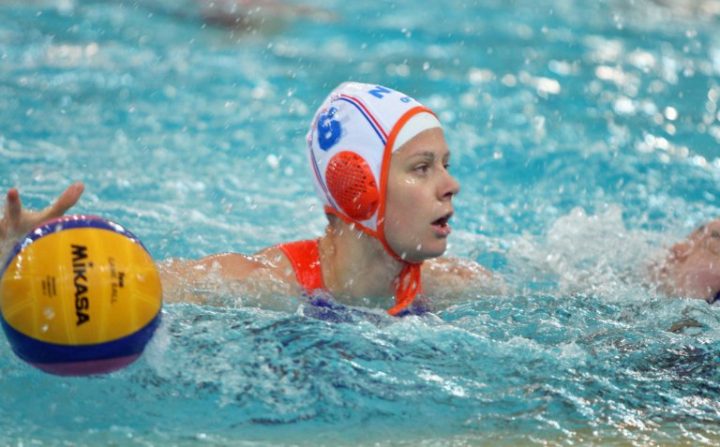 For the Dutch are was a chance to try tactics ahead of the semifinals and to get every player in the pool, tasting top-class action. For Japan, it is another step to Tokyo 2020. Six players scored as the Japanese printed, drove, fought on defense and tried everything to stop the juggernaut Netherlands. 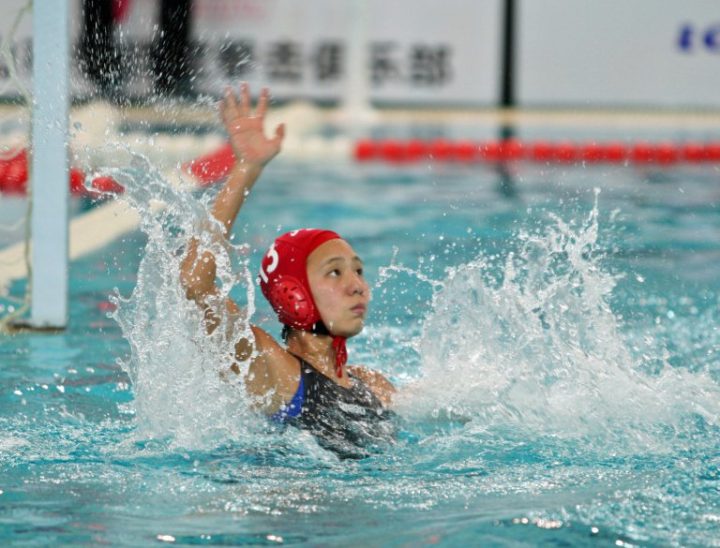 The third quarter is nearly always the defining moments in which teams transform matches. This is where the true experience of USA shone through after a torrid first half in which only three goals were scored, and they were all for the reigning “Champion of Everything”.

The Aussie Sharks could not breach Ashleigh Johnson’s long arms no matter how hard they tried. The USA was not having its own way at the other end, either. This was typical of USA-Australian encounters stretching way back, even past that sensational first Olympic final at Sydney 2000. One-goal margins were the norm for more than a decade. 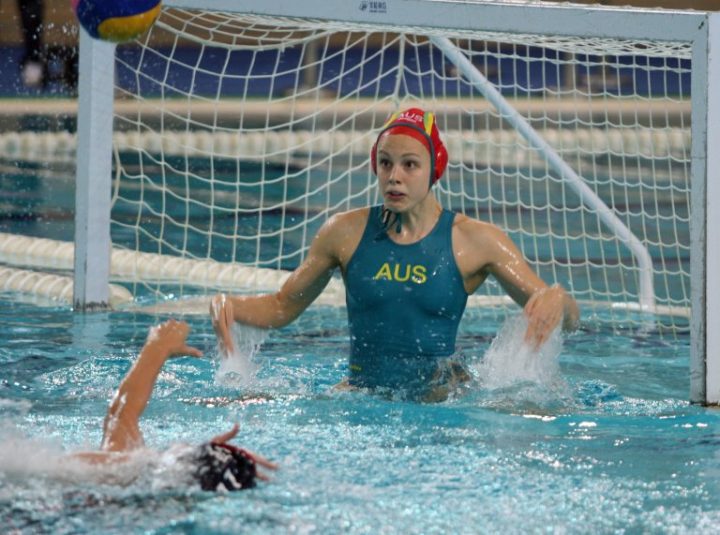 It was the third period where the USA hit full tempo, taking the score to 8-1. Yes, Australia scored, finally, through Morgan Baxter at 5:36. It took more than 18 minutes to make the scoresheet. The frenzy of USA goals came from both sides of the pool, the top, center-forward and a few points in between. And the exciting part? Eight different scorers for the USA.

By this stage, there were just four major fouls on Australia and three on the USA. Captain Maggie Steffens became the first multi-scorer with a close-in shot early in the fourth and soon after Australia could not convert one of the rare extra-man attempts.

Jamie Neushul converted USA’s fifth extra-man attempt for two goals, to bring up double figures and Aria Fischer netted her second with a long slider finding the right bottom corner. Stephanie Haralabidis joined the party with a lob from deep right, off the upright, for what was an amazing match. 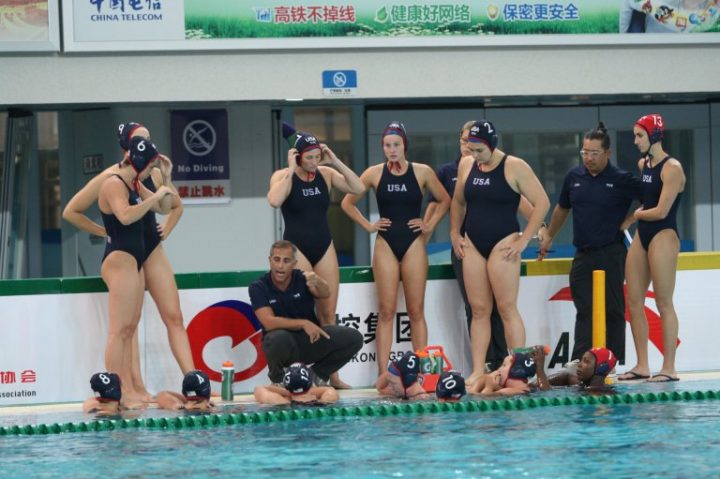 Canada, as the 2017 silver medallist, would have been expected to win this encounter. However, China has been the form team this tournament, pushing teams and playing up to the crowd. It seemed there were more Canadian spectators in the crowd tonight and they thrilled at the performance of their team and their cheering was well rewarded.

China’s shooting was “terrible” according to head coach Dali Gong. Canada opened the scoring and more than five minutes later, China retaliated. China went into the lead through Huan Wang at the start of the second quarter and it was not until 56 seconds from halftime that Canada again made the scoresheet, via Axelle Crevier’s score from a left-hand catch. 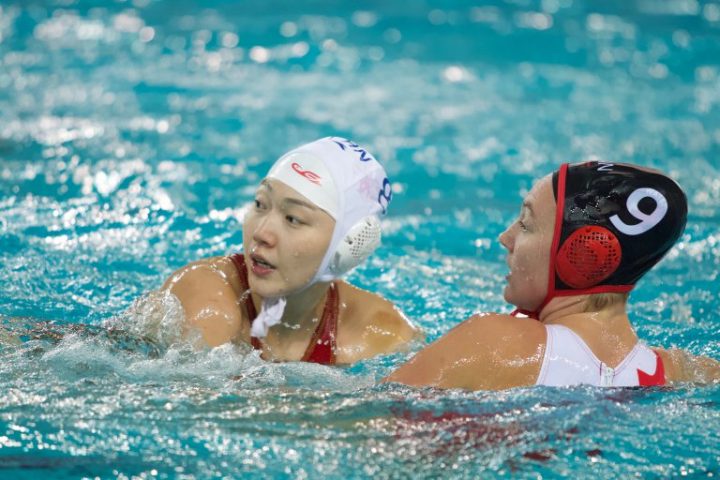 It was nearly 14 minutes between Canadian goals. Then the problem came for China. That 5:13 strike was the last goal for what was the end of the match — more than 21 minutes. Canada drilled the net twice in the third, at 7:37 Hayley McKelvey and then from Emma Wright from the wide right on extra at 2:58.

It was 4-2 and neither side could improve the score before the final break. The Canadian defense was good, especially with Number 13, Clara Vulpisi, getting more than her share of the ball in the goal. In fact, she finished with the staggering statistic of 14 saves, probably the best of the tournament.

Time and again China was on target only for Vulpisi to deny what would be a passage to the semifinals. China must have targeted Monika Eggens, as she could get little to use in front of goal. China went to a timeout at 3:15 in the final quarter and the resulting shot was taken from two meters in front and was smacked down by Vulpisi. It was the story of China’s night.

This led to counter and a penalty foul, which Emma Wright converted for an unassailable 5-2 lead with 2:11 on the clock. China tried for quick goals, to no avail, and Canada was once again was back in the semifinals.

Birthday boy and legendary Spanish coach, who once led the Chinese women’s team, was sitting on the Chinese bench, hoping for a better result than that achieved. It was another low-fouling match where the players had control and enthralled the crowd with their skills and patience. 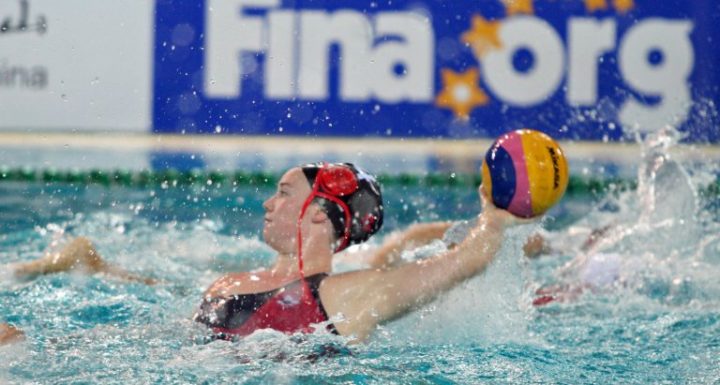