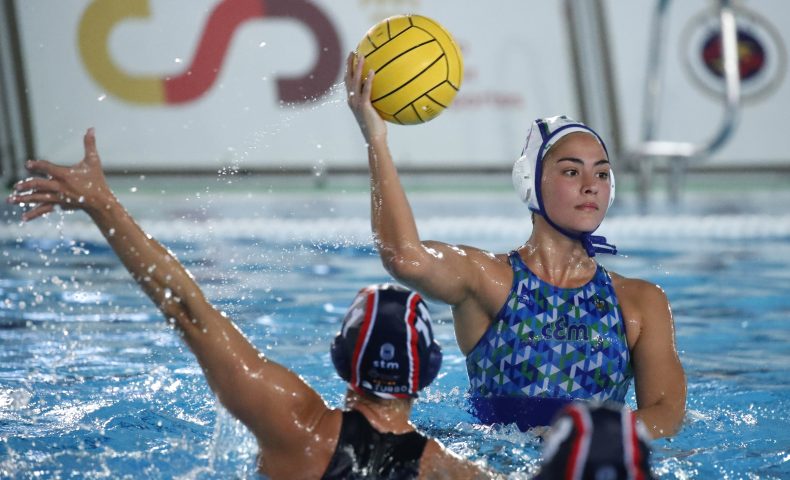 Sabadell will hope that they can put their disheartening defeat in the Euro League Final behind them as they look to defend their Spanish title, beginning with a Semi-Final Play-Off series with CE Mediterrani.

Finishing first in the regular season, the eighteen-time champions of Spain will be confident of victory against Mediterrani, who finished the regular season in 4th. However, David Palma’s side may be mentally and physically fatigued after a demanding few days in Athens in which they didn’t really play well in either game. Mediterrani’s very talented young coach, Maria Diaz, will hope her side can take full advantage of any lapse in form.

The danger for Mediterrani is that Sabadell will want to put right the wrongs from Athens. With the leagues best scorer, Judith Forca, as well as an all-star supporting cast of Maica Garcia Godoy, Maggie Steffens, Sabrina Van der Sloot, Maartje Keuning, Irene Gonzalez, Laura Ester and Brigitta Games.

Despite a bad defeat in Athens, Sabadell are still one of the worlds elite clubs in the women’s game.

CE Mediterrani, for perhaps a brief moment, looked like they may fumble their top 4 place in replacement for Sant Andreu, but generally consistent performances from Maria Diaz’s side have them well-worth their European spot and a place in the Play-Off Semi-Finals.

And while Mediterrani are underdogs, they are by no means to be underestimated. Their squad if littered with some impressive performers. The big players for the club include a Dutch duo in the form of Iris Wolves at Centre and Debby Willemsz in goal. Clara Espar is still a top player, with Paula Crespi, Alba Munoz and the American, Sarah Lizotte filling out the squad.

The form guide does not suggest a Mediterrani victory is likely, as Sabadell have bettered them on two occasions this campaign. On the opening day of the season, Sabadell beat Mediterrani 13-8 while they repeated the feat again in early January with a 16-7 win at Josep Valles.

However, in Semi-Finals, the form book goes out of the window. Over a three game series, anything is possible.

The first Semi-Final is perhaps a more interesting prospect as Mataro clash with Terrassa.