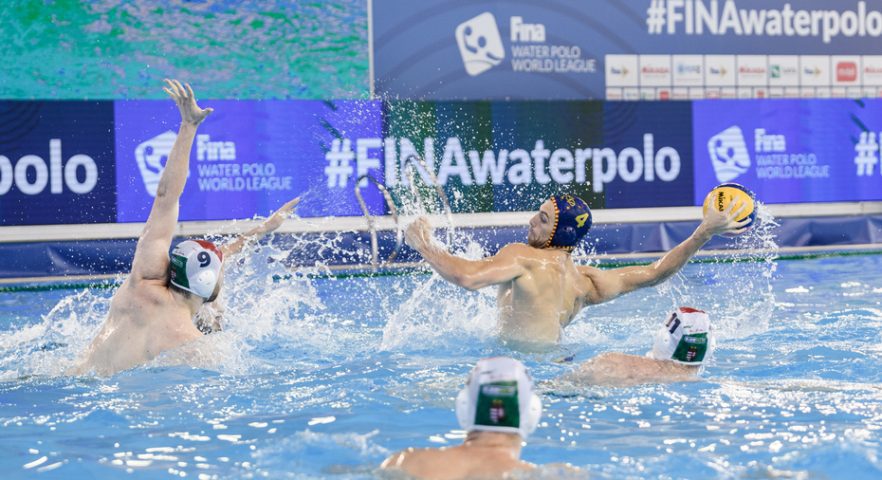 Water polo players and fans don’t have much time for a break this summer. Less than three weeks ago, the curtain on the World Championships in Budapest fell. Tomorrow, a new big tournament begins.

The World League Super Final starts in Strasbourg on Friday.

As usual, eight teams take part. Serbia, Spain, Montenegro and Australia will play in Group A. Italy, USA, Canada and France are seeded into Group B.

Three reigning champions will battle for 1st place in Group A – Spain, which claimed the gold medal at the World Championships in Budapest, Olympic champion Serbia and Montenegro, the winner of the previous edition of the World League.

Besides them, the best team of the southern hemisphere, Australia, is in this group.

Yes, we have three champions in this group, but none of them will play with their best roster. Head coaches of Spain, Serbia and Montenegro, decided to rest some of their best players during a period between the World and European championships. So, Felipe Perrone, Dusan Mandic, Alvaro Granados, Nikola Jaksic, Marc Larumbe, Branislav Mitrovic, Dejan Lazovic, Alberto Munarriz, Marko Petkovic, and several other aces won’t play in Strasbourg. The best Australian player Aaron Younger isn’t on the “Sharks” ‘s roster. He is taking a break this summer.

Anyway, we can expect an interesting tournament. Youngsters will be given a chance to prove themselves. They are, undoubtedly, eager for challenges.

Road to Strasbourg: 1st place in the European qualifications

The season 2022 is the 20th edition of the Men’s World League. Russia won the gold in the inauguration season (2002). Then, Hungary took two back-to-back titles. Since 2005, only ex-Yugoslavia countries have reached the highest step of the podium. Serbia is the World League’s ruler, with 10 gold medals plus two as a part of Serbia and Montenegro. Can the Serbs improve their record in Strasbourg?

There are no Olympic champions on Serbia’s roster in Strasbourg. Some of them retired, and the others got a rest in the middle of the packed summer. 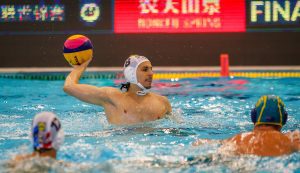 However, most Serbian players have a lot of experience in the intercontinental stage. Several younger players will debut at a major competition. But they know how to win medals because they are reigning World U20 champions. We’ll see how they will handle it as members of the senior team. Dejan Savic said that it would be beneficial for this mixture of players of a few generations to experience a big tournament in one team together.

Road to Strasbourg: 3rd place in the European qualifications. 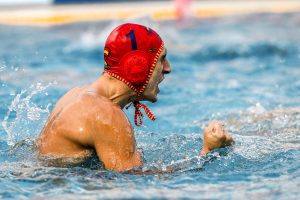 Between the Tokyo Olympics and the World Championships in Budapest, Spain didn’t make many changes on the roster. But, after great success in Hungar, younger players will get a chance.

Winning the gold medal in Budapest, at the most important competition of the year, didn’t exhaust the Spaniards. As David Martin said in an interview with Total Waterpolo, it was very easy to motivate the players for a challenge in Strasbourg. They are eager to succeed and always play to win.

The gold medal in the World League is still missing in Spain’s treasury. The tournament in Strasbourg is a nice chance for Spain to make a step further compared to their previous best appearances (three silver medals)

Road to Strasbourg: 4th place in the European qualifications (invited to participate in the F8 after Brazil withdrew)

Montenegro comes to Strasbourg as the reigning champion but not as a heavy favorite. Since the last year’s World League, the team has changed significantly. Aleksandar Ivovic, the MVP of the 2021 Super Final in Tbilisi, retired from the national team. A long-time captain Drasko Brguljan also isn’t on the team. The process of the rejuvenation of the Montenegrin team still hasn’t finished. Besides, the Montenegrins arrive in Strasbourg unplanned. 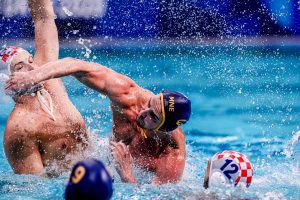 They were invited just several days ago, after Brazil withdrew. Montenegro proved at the World Championships that it can be an equal opponent to the favorites. As we already mentioned, the Strasbourg team differs from Budapest’s team. But, Vladimir Gojkovic underlined in an interview for Total Waterpolo that he believed in this team and that they would try to beat each opponent.

Road to Strasbourg: 2nd place in the Intercontinental Cup.

Australia didn’t participate in the previous edition of the World League due to the Covid pandemic. Since 2019, the “Sharks” have played in only three competitions – Tokyo Olympics, Intercontinental Cup, and the World Championships.

They failed to make the quarterfinals in Tokyo and Budapest, and finished in 2nd place in the Intercontinental Cup.

The “Aussies” played one very good game at the World Championships – against Serbia (honestly, the Olympic champions were far from their best in that game). After that encounter, Team USA, Italy and Japan beat Australia quite easily. The team coached by Tim Hamill finished the tournament with a convincing win over South Africa in the 11th-place match.. 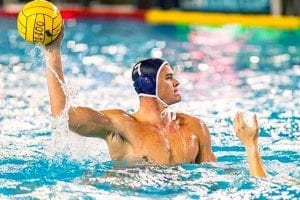 Australia, led by players who have experience playing in Europe (Pavillard, Power), is still growing. Still, it won’t be a surprise if it beats some of its European rivals.