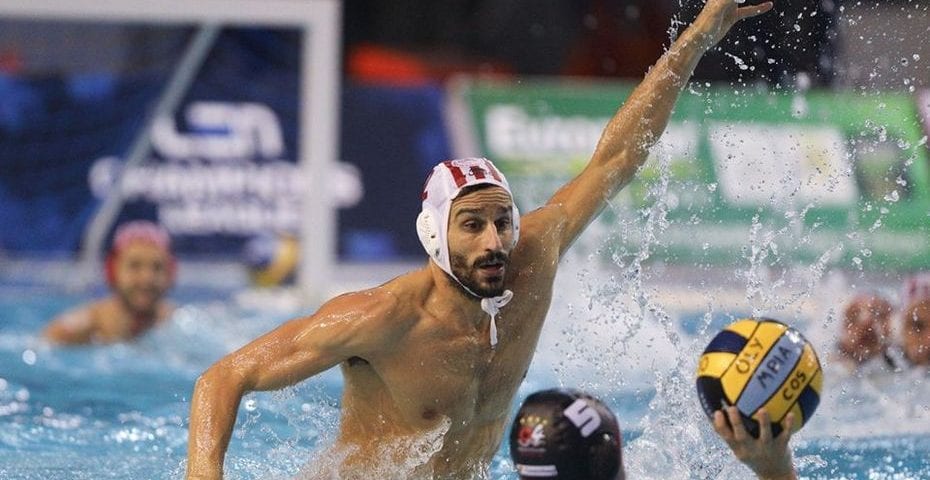 The Greek water polo league will be very competitive next season.

The latest news from the transfer market hint that Olympiacos, which dominated in the previous few seasons, won’t be so firm favorite.

Emmanouil Mylonakis moved to Vouliagmeni, which has been Olympiacos’ biggest rival in the past years. Mylonakis (35), had already played for Vouliagmeni (from 2011 to 2014) and won the Greek Championship and Cup in the season 2011/12. He started his career in Chania, and later he played for Ethnikos Piraeus, Vouliagmeni, and Olympiacos.

′′ I am happy to be back in familiar places and hope to achieve all the goals of the team! I hope we have a good sports year”, Mylonakis said after the signing (source NO Vouliagmeni)

Vouliagmeni’s first addition was Croat Luka Lozina and meanwhile, the club brought two talented Greek players, who came from Palaio Faliro – Charalambos Troulos (23) and Ioannis Alafragkis (21). Troulos won the gold medal at the 2017 World Junior Championships. Alafragakis was the MVP of the 2019 World Junior Championships, where Greece defended the title. He also has the gold medal with the Greek junior national team from the 2018 European Championship.

On the other side, Olympiacos hasn’t brought new players. Unofficial sources say that Olympiacos negotiates with two Greeks Marios Kapotsis (Steaua) and Thanasis Chrysospathis, who left Szentes, and with Croatian wing Ivan Domagoj Zovic, who didn’t renew the contract with Jadran Split.

Emmanouil Solanakis, who was Kapotsis’ teammate in Steaua in the last season, already returned in the homeland. Solanakis, the former player of Vouliagmeni, PAOK and Chania, signed a contract with Apollon Smirnis. He is Apollon’s second reinforcement after Stefan Mitrovic.

Peristeri, the 2nd-placed team in the A2 league, which advanced to the A1 League, also started to prepare a solid team. Peristeri agreed with Russian defender Alexander Mironov (32). He comes from Sintez Kazan, the club which played in the 2020 Champions League.

There haven’t been arrivals and departures in the clubs in Serbia in the last days several players extended the contracts with their clubs. Reigning champion Sabac (which will be led by Emil Nikolic) announced that three players would stay in the club: goalkeeper Radoslav Filipovic, center-forward Petar Velkic, and defender Djordje Vucinic, who was picked for the All star team of the 2019 World U20 Championships in Kuwait.

Radnicki Kragujevac, the winner of the 2019/20 Serbian Cup, signed a new contract with its best scorer Nikola Lukic. He is among the candidates for the senior national team of Serbia, as well as Vucinic.