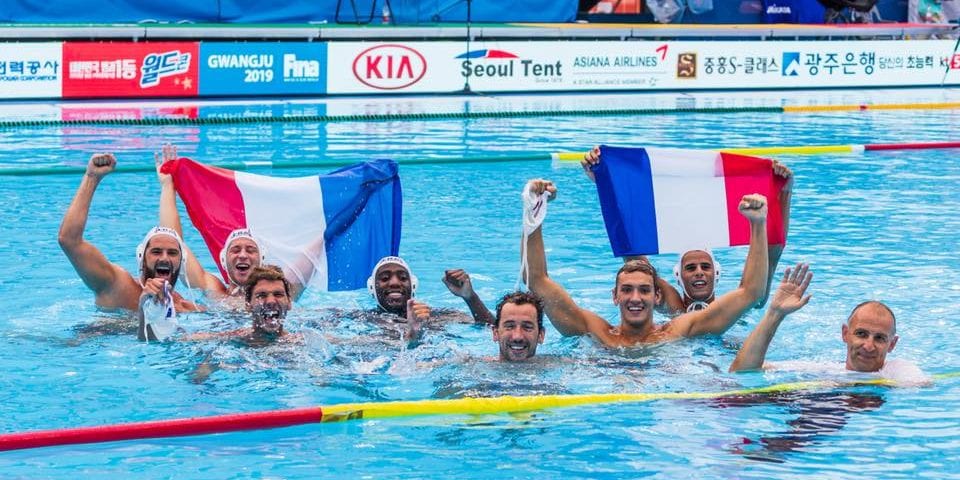 The matches for the final ranking in competition for men was played today. France took the 1st place, Argentina finished 2nd. Canada was better than China in the match for the 3rd place. The ladies’ competition was ended yesterday

The French dominated the tournament for men. They demolished Argentina (22:8), China (27:15) and Canada (29:4), while they taught a new lesson to Argentina in today’s final (22:7). But the tournament was a lesson and a new experience for all the competitors, as most of them hadn’t played beach water polo before the World Championships (except for fun). They are coming from regular water polo.

The team of France was guided by a Montenegrin Nenad Vukanic, who is a head coach of the senior male French national team. He picked these seven players: Remi Garsau – goalkeeper, Bogdan Cutovic, David Caumette, Mathias Bachelier (all Olympic Nice), Nicolas Missy (Stade de Reims), Kevin Sterling (Noisy-le-Sec), and Remi Saudadier (Spandau, Germany). Garsau and Saudadier played for France at the 2016 Olympic Games and at the 2017 World Championships. The French had prepared for a month for the tournament. Other teams also didn’t prepare much longer than France.

Beach water polo was a demonstration sport in Gwangju. It wasn’t played near the beach. There were no medals, just diplomas for the first three teams. This was a „pilot episode“. Maybe it was the start of a successful series of big competition in beach water polo. This fast sport, with a lot of goals, might have a future. After all, water polo has been playing in seas, rivers and lakes for years.

It’s true that an expansion of beach volleyball in the 1990s helped the popularity of indoor volleyball. FIVB (International Volleyball Federation) did a lot to develop the sport on the beach (which has been in the Olympic program since 1996). What’s FINA’s next move? We will see if water polo family will adopt a new member.