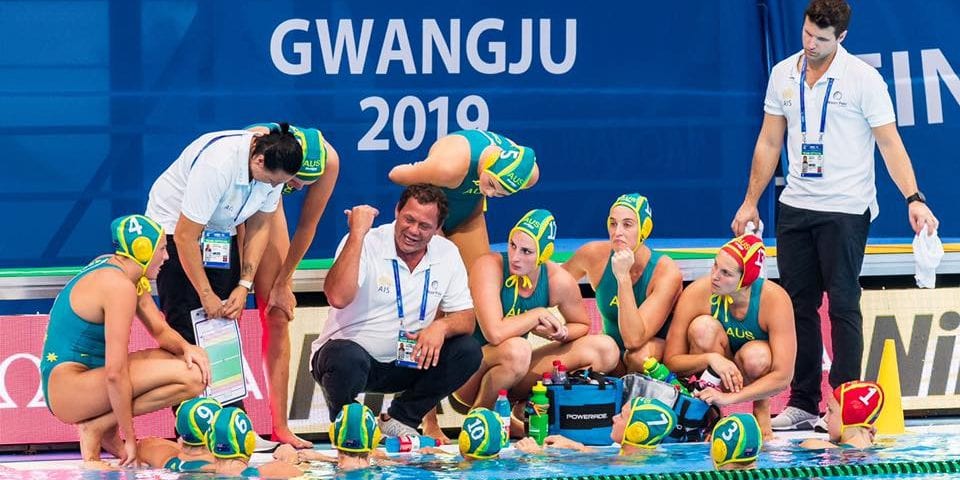 Australia won the bronze medal at the women’s World Championship in Gwangju, by defeating Hungary in the match for the third place, by a goal – 10:9.

The „Aussie Stingers“ didn’t earn the Olympic berth, because in the women’s tournament, unlike the men’s competition, just one team will qualify from Gwangju. This will be Spain, which will play against the USA in the final game. The Team USA had qualified for Tokyo before the World Championships, as the World League winner.
.

The Australians took a flying start. They had a 3:0 lead after just 3 minutes of play. But, the Hungarians came back quickly and equalized by the end of the 1st quarter. They even had the last attack in this period to take a lead, but after the first quarter, none of the sides had an advantage.

Hungary was leading 4:3, 5:4, 6:5, but Australia managed to equalize on each occasion. The „Aussie Stingers“ went ahead again after Hellen Buckling’s successful counter attack just 8 seconds before the middle break – 7:6.

After 13 goals in the first half, the 3rd period saw just two goals. In the middle of the quarter, Rita Keszthelyi leveled. But, Aime Reich immediately responded for Australia’s new lead (8:7).

Bronte Halligan gave the „Aussies“ a 9:7 lead with a nice lob in the 2nd minute of the last quarter. Soon after that, Australia went 10:7 up thanks to Rowie Webster’s goal. But Hungary didn’t surrender.

Szilagyi scored for 8:10, while Rita Kesztjelzyi converted a penalty for 9:10 (2:52 before the end). Hungary had a nice chance to equalize just a minute later, but after Valyi’s shot, Australia goalkeeper Gabriella Palm caught the ball just a few centimeters before crossing the goal line. Almost the same situation was repeated in front of Australia’s goal 30 seconds before the end. Hungary didn’t have a piece of luck. Palm didn’t allow an equalizer.

Australia didn’t score in its last attack. Four seconds from the end, Hungary coach Atilla Birro called timeout, but after that, there was no time for Hungary’s 10th goal. Australia celebrated a 10:9 victory.

Games for the 5th and the 7th place: Russia claims 5th place