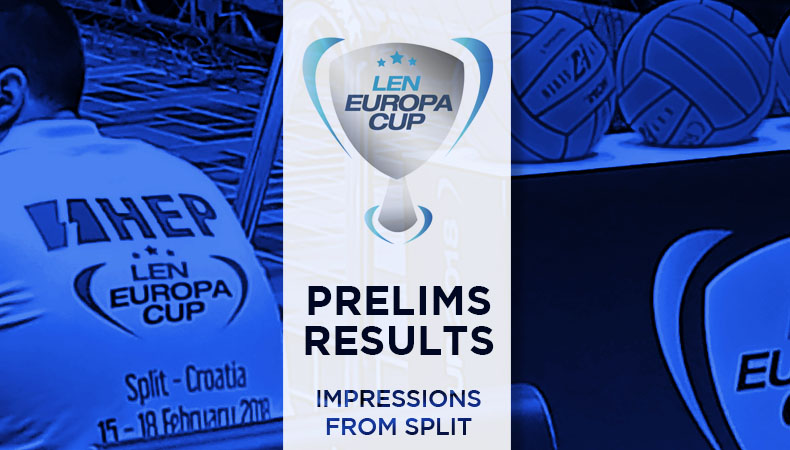 Hungary, Serbia and Italy finished atop in the respective groups in the Europa Cup while world champion Croatia came third at home, a minor surprise in the prelims. LEN’s new premium water polo competition for national teams proved to be an instant success as a series of brilliant games entertained thousands of fans in the three venues.

No major casualties in the men’s preliminaries of the Europa Cup, LEN’s new showcase offering €80,000 in prize money (for men and women combined). All big teams made the Super Final though there were some excitements and upsets en route.

In Group A Hungary finished atop at home with four wins though their march wasn’t smooth as they had to come from behind against Romania (0-3) and Spain (1-3). Still, their reshaped team – playing without an Olympic champion player for the first time since the autumn of 2000 – could turn both encounters.

A bit surprisingly France came second in Kecskemet despite losing to Romania but later they upset Spain and that secured their qualification. The Spaniards had to play a knockout match with Romania on the last day to clinch the third qualifying spot but the hosts of this summer’s European Water Polo Championships did a clean job and ousted the Romanians who paid the price for drawing against bottom ranked Georgia earlier.

A three-way tie occurred in Group B, interestingly each game of the three top ranked sides produced a two-goal margin thus the number of goals scored determined the final ranking. Based on that, Serbia emerged as the group winner, they beat the Greeks but lost the big Saturday night match to Croatia. The hosts, bouncing back from a stunning defeat on the opening day against Greece, had a 5-0 rush after being 2-4 down and defeated the Serbs once more after the World Championship semi-final. Still, the Croats had to settle for the third place at home.

Host Italy enjoyed a fine cruise in Palermo, with three multiple-goal victories the Settebello won Group C with ease. The young team of Montenegro had to fight hard against the Russians to clinch the second berth but they could score twice after 7-7 late in the fourth period and qualified for the finals.

The prelims of the new premium competition for national teams already made an impact, LEN’s initiative served as a fine occasion for the top sides to play high-level matches in front of capacity crowds in all three venues while shaping their teams while the lower-ranked ones had a fine opportunity to prepare for next week’s crucial European Championship qualifiers. 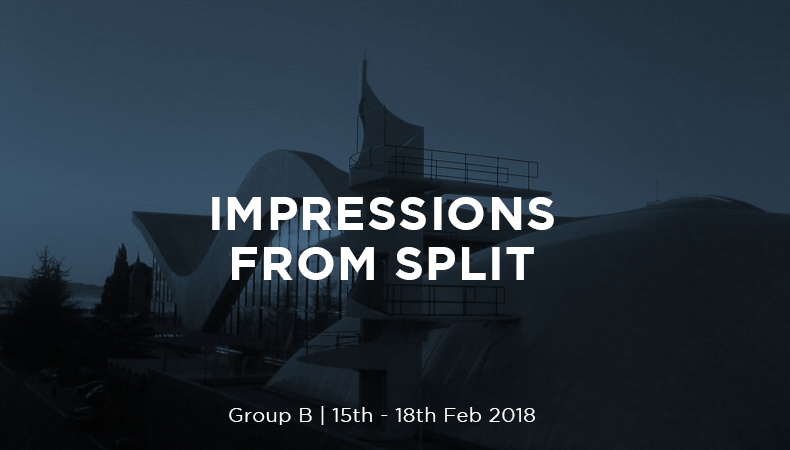 Impressions from Group B, Split (CRO)

While all groups featured highly competitive match-ups over the course of the weekend, Group B managed to stand out. With the 2016 Olympic champion Serbia, current World champion Croatia and frequent major semifinalist Greece, three powerhouses met at the “Poljud” pools in Split. While Malta and the Netherlands occupied the role of the underdogs, they still managed to display some impressive plays and give as much resistance as possible.

We talked to representatives from all participants and asked them about their performances and their view on LEN’s brand new tournament format.

Serbian and Pro Recco driver Dusan Mandic commented on Serbia’s performance, the tight tournament schedule and the additional impact the new Europa Cup has on the athletes:

“Our first game was against Malta, where we won as expected. The second game against Greece was more suspenseful and demanding, especially in the second half of the match. We exhausted ourselves a bit more in this one, which was to be expected from this match-up. The game against the Dutch team was another routine procedure for us.

I’m satisfied with the performance we showed during our first three games, but not with our game against Croatia. We didn’t present ourselves on the level we are on. Maybe this is due to the format of this Europa Cup…This should have been a youth championship. The last time I had to play three matches in 24 hours was during my junior division days. It is what it is, FINA and LEN are bumping heads, it doesn’t matter.

I would rather see a 4-year cycle for the major events, resulting in one seasonal highlight a year. This annual format only diminishes the significance of a great tournament like the World league. Europa Cup, World league…the way it is now, these tournaments only serve as preparation and practice for less frequent championships.

We really enjoyed our stay in Split, again the only downside being the number of games in a short period of time. This workload interferes with our club season, but at the end of the day, we have to comply with the instructions we receive from the top.”

The lethal lefty shooter also commented on his now former teammate Sandro Sukno, who made a brief appearance at the pool before the derby between Croatia and Serbia – with his condition still being examined, Sukno was not available for comment:

“Sandro is a true friend, it still can’t accept the fact that I won’t be playing with him anymore – he is a living water polo legend. It was an honor to play and train with him at Pro Recco, both as an athlete and a person. I wish him a quick recovery – Water polo has fallen off without him. The total quality of the game has decreased without Sandro. I enjoy playing both, with him and against him. Again, I wish him nothing but a swift return to the pool.”

Greece and Olympiacos head coach Thodoris Vlachos drew an overall positive conclusion, while also raising concerns about some of his players increased workload in an already packed season:

“Overall, it was a nice tournament, with a very high level. I am very happy for my players and my team, we had three great water polo days in Split.

As head coach of both, Olympiacos and the Greek national team, you are well aware of the number of intense games national team players face. What is your view on another tournament of this format?

“I feel that some of my players are really tired, they do have a lot of games. I try to give them as much rest as possible during games. But the season is too long and we have a lot to do. I have to control their conditioning and their fitness all season long. Still, we always aim to win.”

Croatia’s main center back and current team captain Andro Buslje was glad about the win against their eternal rival Serbia, but still mentioned all the work that will be necessary leading up to Barcelona 2018:

“Against Serbia, we played our best game of the tournament. Unfortunately, Krapic had to leave the game early due to an injury, we hope it’s nothing serious. But even with one player down, we managed to stick to our plans, from the first to the very last minute. We made a few mistakes but considering that this is our first reunion of the entire team after Budapest 2017, it serves as a good indicator. We have to keep working though, especially since our game against Greece was not good. Our regular offense and man-up situations were terrible. But we managed to grow with every game and display part of our performance from last summer.”

What are your thoughts on this brand new tournament?

“It is what it is, I think that even without this tournament we have too many games. World League, Europa Cup…It’s difficult for us athletes. The travels, inconsistent training schedules…It all results in mistakes that we saw against Greece.

I hope that the people within the organizations will have more consideration for us athletes. We are the ones playing and deserve a little more understanding.”

Dutch head coach Robin Van Galen was satisfied with the progress his team showed during their stay in Split:

“We are happy with our performance. Last Monday, we came together after three months. Monday and Tuesday we played Spain in the World League and we didn’t perform very well…Everybody was a little irritated with one another. Wednesday we arrived in the beautiful city of Split on this beautiful tournament, congratulations to the organizers. Our stay was exceptional, everything was arranged very well.

My team managed to play better with every day. Today we may even have surprised the Greek team a little bit with our performance. If you compare this game to our previous matches, you can see a lot of improvement and progression and I am very happy with that.”

Dutch team captain Ruud Van Der Horst welcomed all the experience he and his team were able to gain from facing the world’s best:

“For us, it’s a big learning process to work to the European championships and its upcoming qualifications. It’s good for us to play in this atmosphere with all these great teams. Overall it was a great experience for us.

What are your impressions about going up against the best teams in the world at this stage and the tournament overall?

Before the game, you know it will be tough, but you have to deal with it. We have to use these games to perform better now and in the summer.

For us this tournament was great, the organization was perfect, the hotel, the pool, the staff – all was really well arranged for us.

Malta’s most lethal scorer Steven Camilleri also experienced the competition as more of a testing ground leading up to the European championships:

“For us, it was basically a training session for the European qualifiers we will be facing shortly. It was a matter of brushing up on our tactics and improving our match fitness.”

You had to face many games in a short period of time – your thoughts?

“It was tough…four games in a matter of three days are too much for a sport like water polo where there is a lot of contact, a lot of continuous play, only a few pauses – it was really much for only three days.”

The Super Final will be held on 5-8 April (venue to be announced soon).