Rita Keszthelyi: “I believe that everyone is beatable” 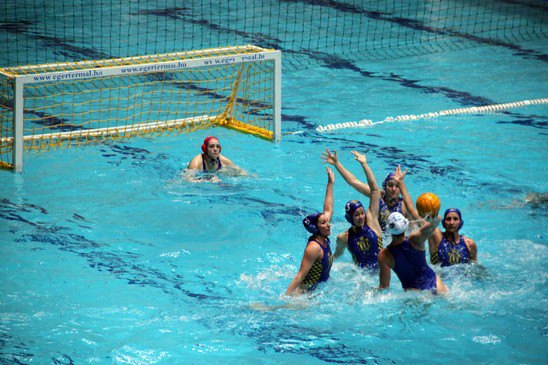 Two years ago, during the World Championships in Budapest, Rita scored one of the most spectacular goals of the tournament. Here are her thoughts on the upcoming World Water Polo Championship in Gwangju.

You are placed in a very strong group B alongside Canada, Russia and South Korea. Could you give us a brief overview of your group opponents?

Russia is a very strong and fast team with great results in the last couple of years. They are really precise in the offense, they have fast reactions on every situation and that is the reason they can score so many goals. It is quite hard to defend against them.

Canada is also a strong team, especially in defense since they have their own defensive style. Both matches are going to be a real test for us and hopefully something that fans will enjoy to watch.

Which part of the game does Hungary need to improve to be ready for the World Championships?

We have to improve in every part of the game. 🙂 We don’t have much time, but I believe that we are capable of everything.

What is Hungary’s goal at these World Championships?

I believe everyone’s goal is to win it. Like everybody else, we also want to be the best and earn the title.

In your own opinion, what is the best way to compete against USA?

They have a strong team as usual and they are certainly one of the favorites, but I think that everyone is beatable.

Which team could be a big positive surprise at the World Championship?

On the women’s side, there are definitely 8-10 good teams who all want the same. It is hard to say who is going to be the surprise.

Do you know what they say about women water polo? Anything can happen!