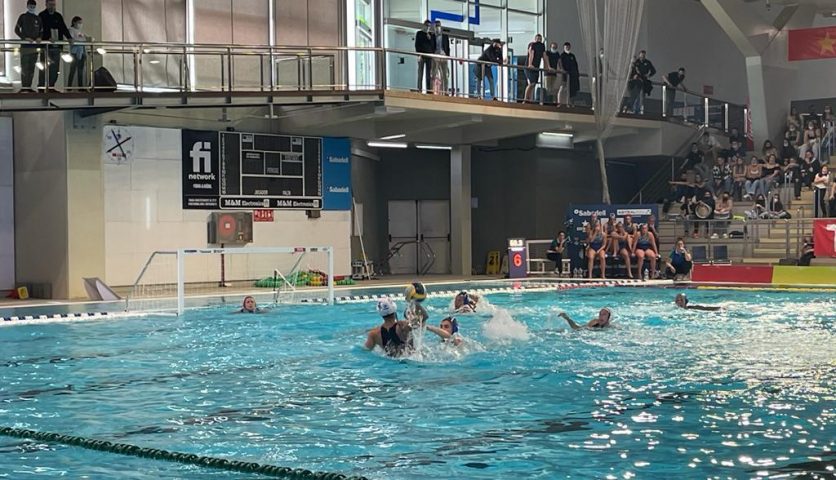 We have our two finalists for the Play-Off finals for Women’s Division de Honor title, as Mataro will meet Sabadell in what promises to be a battle for the ages.

Mataro progressed in straight sets against Terrassa – although penalties were needed in the first contest to give Dani Ballart’s team the win. It took three games to split Mediterrani and Sabadell; the first went Mediterrani’s way, but the second and third belonged to Sabadell.

All five Semi-Finals were entertaining contests. Who knows what would have happened had Terrassa won the penalty shoot-out against Mataro, or if Mediterrani could have held out against Sabadell longer in their second game which would have knocked Sabadell out of the running.

However, Mataro and Sabadell, who have been fierce rivals for the past few seasons, will meet in three days for the first of the Final series to determine the Champions of Spain.

Sabadell have progressed to the Championship final in the Division de Honor, but not without last quarter controversy in which their coach was firstly dismissed, before a fight appeared to break out amongst a handful of Sabadell and Mediterrani players.

David Palma saw red when he was furious at the officials for not awarding a penalty at 10-7 to his side that, had it gone it, would have sealed the game.

However, at the end of the game, things turned nasty and it appeared firstly some words were exchanged between Carla Vilanova and Irene Gonzalez, before some pushing and shoving broke out amongst some in both camps.

Sabadell earnt their win with a performance that was good enough for a large part of the game. However, they benefitted more from a flurry of exclusions that took place midway through the game.

At the end of the first half, Saba pulled away 7-5 with two goals from Judith Forca. Sarah Lizotte was then excluded the other side of the quarter, which gave the birthday girl, Nona Perez, a goal in the game to make it 8-5. It was then 9-5 as Mati Ortiz got in on the action.

However, Mediterrani did give it one last push, and when David Palma was dismissed from poolside, Mediterrani netted twice through Helena Dalmases and Iris Wolves to make it tense for Sabadell.

But the reigning champions held strong, and will battle it out against Mataro for what would be a historic 19th National Championship title.

Terrassa only have themselves to blame for yet again losing to Mataro, however this time, ending their chances of making the finals as Mataro progress, winning the series 2-0.

Bella Markoch and Annie Espar were both in fine goal scoring form with three each, while the Dutch duo, Simone Van de Kraats and Vivian Sevenich both also had good games.

Mataro deserved to win, led the game for large parts, with Dani Ballart’s side learning the lessons from earlier this week and not wanting to rely on penalties.

Terrassa were unable to recover from a 6-2 deficit early in the 2nd quarter, even despite the best efforts of Terrassa’s Judith Panicello – who scored 5 goals throughout the game.

Mataro win the series 2-0, and no third game is required – unlike the other game between Mediterrani and Sabadell. Mataro will progress to the final, in a hope to win their second ever Division de Honor.