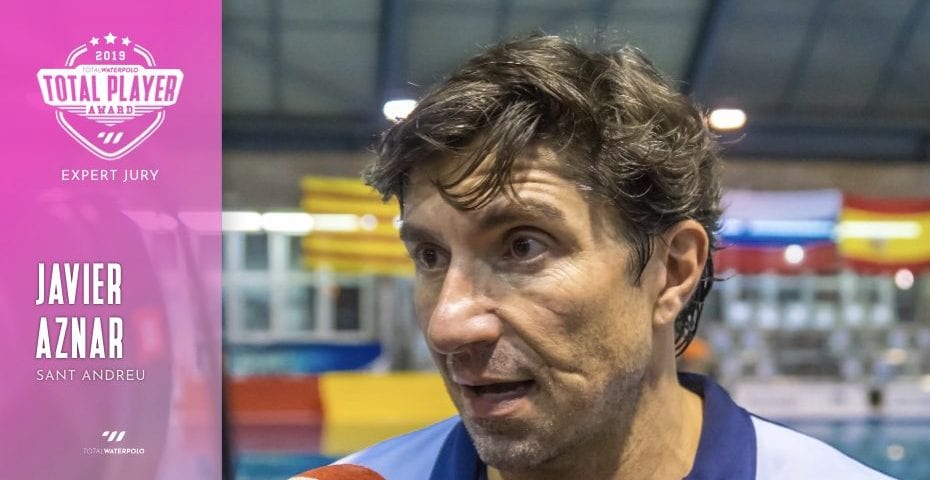 Javier Aznar, the head coach of the Spanish club Sant Andreu, joins our jury for the first time.
Last season, his team achieved a nice success on the European stage. Sant Andreu finished 4th in the LEN Trophy.

“I think that she was the most decisive player at the last World Championship in Gwangju and thanks to her, the USA retained the world title.”

“Her season was spectacular. She won all the titles in the last season in Spain (League, Cup and Super Cup), and won the Euro League with Sabadell. Maria clinched the silver medal at the World Championship in Korea, despite she broke her right hand a few days before the Championship.”

“After several years without participating in any championship with the Spanish team, I think she was the most outstanding player at the World Championship. Thanks to her fantastic launch, she made Spain’s attack practically unstoppable.”

“I think that, like Maica’s, her performance and the level of play she has developed in both Sabadell and her national team, has been of the highest level this season. A fantastic player, very complete, both in attack and defense.”

“A reference player in her university (UCLA), and the World champion with the USA. It’s nice to see her play. She performs all actions as if that did not involve any effort. She is a super-class.”