Dejan Savić had an impressive career as a player, during which he played for the best clubs in Serbia, Spain, Italy, and Russia. In addition to that, he achieved multiple international medals as part of the Serbian team. Today, as a Serbian icon of water polo, he continues to impress in the coaching domain, too.

With his authoritative approach, he skillfully put together the Serbian national team – one of the most talented water polo teams in the sport’s history. After years of domination, Croatia this year managed to stop his unbelievable winning streak.

It may be, that his slightly surprising picks could be a way of motivating his very own national players.

“The strongest link in the Croatian team that won the world championships. He played water polo from another world and would totally deserve to grab the title for the best player in the world.”

“Next to Sukno, definitely one of the decisive factors for Croatia winning the world title.”

“This powerful Hungarian with his performances throughout the season has definitely been one of the most deserving players for Szolnok’s and Hungary’s successes.” 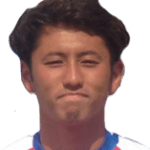 “A major surprise at the world championships – I later watched his performance at the University Championships, too. An unbelievably fast and agile player – definitely one of the most positive surprises in 2017.”