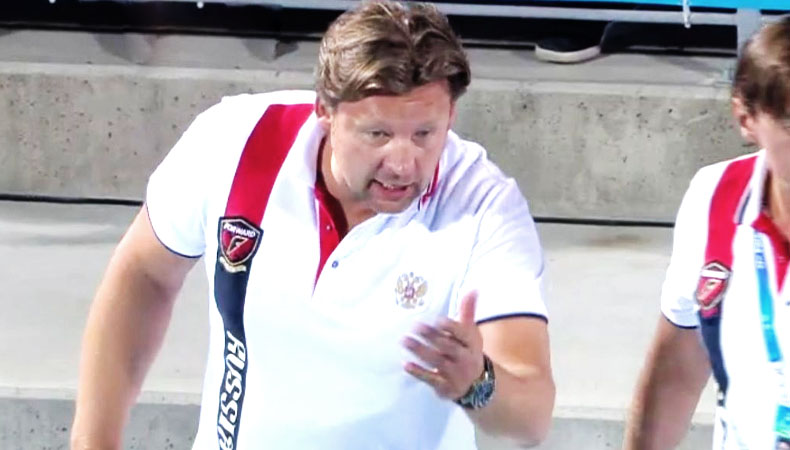 He picked up water polo back in 1983 and played a Russian representative from 1992 to 1999. During that period, he managed to win bronze medals at the ’94 World Championships and the ’97 European Championships with Russia.

He took up the position of Russia’s head coach in 2015 and has been leading the team ever since.

“He was the driving force of the Croatian team at the World Championships and a true leader during the most decisive moments.”

“His amazing performance and the success in the Champions League earned him the MVP title in that competition. He also played an impressive World Championship, especially his semi-final show against Croatia.

“He plays a unique game on the 2 m mark and creates lots of space for his drivers. Given, that he started out as a center back, he also brings strong defensive capabilities.”

“A tough center forward, with lots of power and technique – always dangerous between the posts. He creates lots of opportunities for this team members.”

“Currently the heaviest hitter in the competitive pool – he takes every inch of space and catches defenses off guard with his piercing shot.”

Thanks to Sergey Yevstigneyev for his Top 5 picks in 2017 – the Voting continues on wednesday, 29.11.2017, with Petar Porobić – president of the World Water Polo Coaches Association!
read more