Australia edges out Montenegro in a penalty shootout 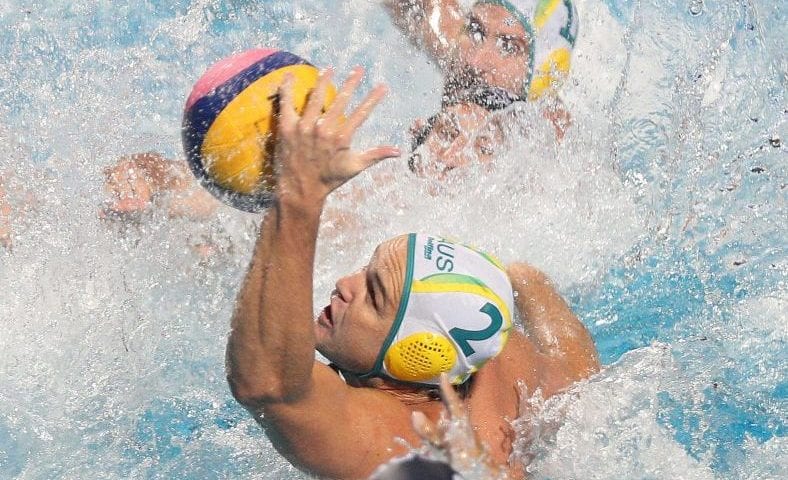 Australia will be the only non-European team in the quarterfinals of the men’s water polo tournament at the World Championships in Gwangju.

Australia, which won bronze in the 2019 World League and silver in the 2018 World Cup, defeated Montenegro in today’s crossover round. The most exciting encounter of the day was ended after a penalty shootout (13:11).

Besides Australia, Greece, Spain and Germany qualified for the quarterfinals through the crossover round.

Greece recovered from a 3:9 loss to Serbia on Friday and advanced to the quarterfinals with a victory over USA (11:9). Spain beat Japan (15:7), thanks to an excellent play in the second half. Germany blew away South Africa (25:5).

Australia was leading throughout the first half of the match against Montenegro – 2:0, 3:1, 4:2, 5:3. The Montenegrins managed to come back with four goals in a row. Firstly, they equalized early in the third period (5:5), while they earned a 2-goal lead (7:5) in the middle of the quarter. They had an 8:6 advantage before the „Aussie Sharks“ produced a 3:0 rush and went in front again (9:8) with 4.11 remaining on the clock. The Montenegrins leveled soon (9:9). Nobody could find the net in the last two and a half minutes, so the penalty shootout decided the winner.
In the first series, both players were successful (Roach and Ivovic). After that, the goalkeepers blocked Campbell’s and Janovic’s shot. Both third penalty shots were converted to the goals (Kayes and Djurdjic). Younger scored for Australia in the third series, while Dennerley stopped Radovic’s shot. Howard found the net in the 4th series for a 13:11 win.

This was a sad end of Montenegro’s dream about a medal. They didn’t reach the quarterfinals despite they haven’t lost a game in 4 quarters in Gwangju. In the Group Stage, they played 10:10 against Serbia and Greece, while they beat South Korea. Australia lost to Croatia and to the USA in the Group Stage and defeated Kazakhstan. The team of Montenegro didn’t qualify for the quarterfinals for the first time since 2009. Ten years ago, it beat Australia in the match for the 9th place at the World Championships in Rome.

Greece, the 4th-placed team at the 2017 World Championships, advanced to the quarterfinals after a hard battle with the USA Team. The Americans had a nice opening of the game. They earned a 2-goal lead (4:2) a minute and a half before the first break. From the 6th minute, Greece played without Argyropoulos, who was red-carded. The Greeks responded quickly with four straight goals to jump to a 6:4 advantage.

The Americans brought the match to 6:6 by halftime. So, the third period was a new beginning. Greece went 7:6 up in the 28th minute. The USA leveled soon. They went ahead again (8:7), thanks to Hallock’s goal when they were 6 on 4. Mourikis closed the 3rd quarter with a goal for 8:8.

Both sides had a lot of chances with a man-up in the opening minutes of the last period, but there were no goals until Skoumpakis converted an extra man for 9:8. Konstantinos Genidounias added a nice goal from 7 meters to double the Greeks’ advantage (10:8) three minutes before the end. Hooper netted a man-up for 9:10. Genidounias secured the win 60 seconds from the end, with his 4th goal for the final score 11:9.

Spain needed a lot of time to break the persistent and fast Japanese players. It was an even contest until 3:3 (10th minute). Deep into the second quarter, the Spaniards built a 2-goal lead for the first time (5:3).

The dominating player was Alberto Munarriz, who scored 6 goals with 100% accuracy of shot (6 of 6). He netted 5 goals from extra player shots. On the other side, Spain managed to halt Japan’s best scorers Yusuke Inaba, who had a miserable percentage of shot (1 of 11), and Seiya Adachi (2/5). Shots with an extra player were crucial for the outcome. Spain was almost perfect (9 goals of 10 shots), while Japan converted just two of its 14 man-ups.

Germany ran over South Africa. The Africans netted their second goal in the 5th minute (2:3). After that, they couldn’t score for more than 15 minutes, while Germany demolished South Africa’s defense with 13 goals and went 16:2 up. All German players, except the goalkeepers, found the net in this match. The top scorer in a 25:5 win was Dutch-born Lucas Gielen, who made a debut for Germany this season. He nailed 6 goals.

The Germans achieved their objective – to secure a spot among the top 8 teams, but their next match will be a “mission impossible”, as they will face title-holder Croatia. It’s hard to predict winners in remaining 3 quarterfinal matches.

The most interesting quarterfinal encounter should be a match Serbia-Spain, which will be a replay of the final game at the 2018 European Championships in Barcelona when Serbia won after penalties. This season, Serbia and Spania clashed in the LEN Europa Cup quarterfinals (Spain won 13:12). Serbia came to Gwangju without seven superstars, but Dejan Savic’s young team showed great potential in the matches of the group stage.

Hungary is a favorite against Australia, but the Hungarians play without injured Denes Varga. “Sharks” could surprise anyone. Italy and Greece are the teams with similar capabilities.

As expected, Brazil defeated New Zealand, while Kazakhstan beat South Korea in the semifinals for the classification 13-16.

Brazil built a 4:1 lead early in the second quarter and New Zealand couldn’t catch the rival in the rest of the game. The „Kiwis“ came close a few times (4:5, 6:8), but Brazilians controlled the game until the end.

South Korea trailed 3:5 in the middle of the second period of the Asian derby. Kazakhstan then took control. The Kazakhs netted 10 unanswered goals before the last break to build a 15:3 lead and secure a big win.

These four teams will finish the competition on Tuesday. The last match for South Korea and New Zealand will meet in the game for the 15th place, while Brazil and Kazakhstan will play for 13th place.