Italy returns into Top 4 teams of the world 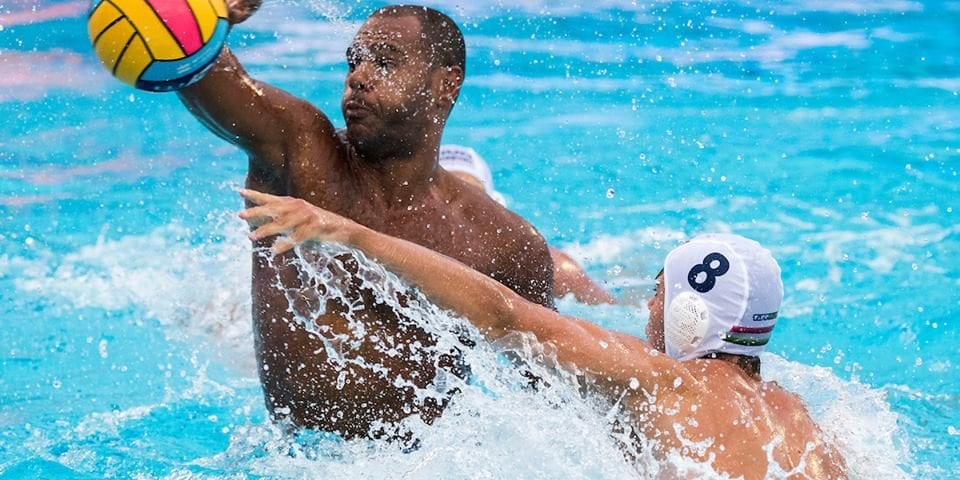 Italy defeated Greece 7:6 in the last match of the quarterfinals of the men’s water polo tournament at the World Championships in Gwangju. The Italian team joined Spain, Croatia and Hungary, that secured their spots in the semifinals a few hours earlier. After the 6th place in Budapest two years ago, Italy returns in a circle of four best teams in the world.

Only one of the 4 group winners won’t play in the semifinals. Serbia, the Olympic champion, and the bronze medal winner at the 2017 World Championships didn’t manage to defeat Spain.

The last quarterfinal encounter of the day was a very balanced match from the beginning. Italy scored the 1st goal in the match. Greece took a lead with two goals in the middle of the first period (2:1). By the first break, the Italians caught the rival and continued the series of goals to build a 4:2 lead in the middle of the 2nd period.

At halftime, it stood 4:3, while Italy earned a new 2-goal advantage in the 18th minute when DI Fulvio converted a man-up (5:3). The Greeks started climbing back. They scored three goals in a row (two from extras and one from a penalty) went ahead 6:5, in the last minute of the third period. But, 19 seconds before the last break, Figlioli scored the 6th goal for Italy and nobody had an advantage before the last period.

Francesco di Fulvio found the net for 7:6 after 70 seconds of play in the last quarter. The defenses dominated in the remaining time. Players of both teams made a lot of mistakes. Nobody could score in the last six and a half minutes, but Italy kept a minimal advantage and the ticket for the semifinals.

After two straight appearances in the World Championships semifinals (bronze In 2015 and the 4th place in 2017), Greece will play in the group for places 5 – 8. The Italians were 6th at the previous World Championships, while they took 4th place in Kazan in 2015. Four years ago, they were defeated by Greece in the match for the 3rd place.

Morning sesion USA and Montenegro to play for the 9th place